ChurchMag / Archives for IT / Hosting

After a number of poor experiences with other web hosts, switching to WP Engine was the best decision we could have ever made. Finally, WordPress began to behave like it was suppose to!

END_OF_DOCUMENT_TOKEN_TO_BE_REPLACED

Venturing out into the wild-wild world of web hosting can be intimidating if you’re a beginner and sometimes a real headache if you’re a veteran.

Finding a solid webhost can be tricky and sometimes the quality of a webhost will decline or your demands and needs may fluxuate over time. Personally, for the client websites I host as well as ChurchMag, I’ve experienced many different hosts as I was determined not to “settle” when it came to website hosting.

As I scoured the Internet looking for webhost reviews, I found negative reviews as well as raves for just about every webhosting company the web! It was very frustrating to say the least.

Finally, after far too many server migrations, I found top notch servers that I will be sticking with for a very long time (as long as they continue to be awesome).

If only I had found WebHosting Secret Revealed in the beginning, I would have saved myself a lot of headaches!

END_OF_DOCUMENT_TOKEN_TO_BE_REPLACED

[This is part of the Common WordPress Mistakes series to help bloggers, churches, ministries and nonprofits avoid common mistakes when creating a new website using the WordPress CMS.]

In part one, we covered two important things to understand when moving into the world of WordPress: Understand the difference between dot-org and dot-com and understanding web hosting pricing.

If you are a beginner—building your first church website or starting a new blog—these are mistakes that can save you a lot of headaches. If you’re a veteran, we would love your feedback on these!

END_OF_DOCUMENT_TOKEN_TO_BE_REPLACED

[This is part of the Common WordPress Mistakes series to help bloggers, churches, ministries and nonprofits avoid common mistakes when creating a new website using the WordPress CMS.]

Alright, let’s get this started!

I am hopeful that by going over these common WordPress mistakes, many WordPress rookies can avoid headaches down the road or those getting ready to build their first blog, ministry or church website will find this guide to be helpful as they shove-off into new waters.

As I mentioned, yesterday, comments from WordPress veterans would be a great help—so don’t think this is just for n00bs! Also, feel free to ask any questions, we’re here to help!

END_OF_DOCUMENT_TOKEN_TO_BE_REPLACED 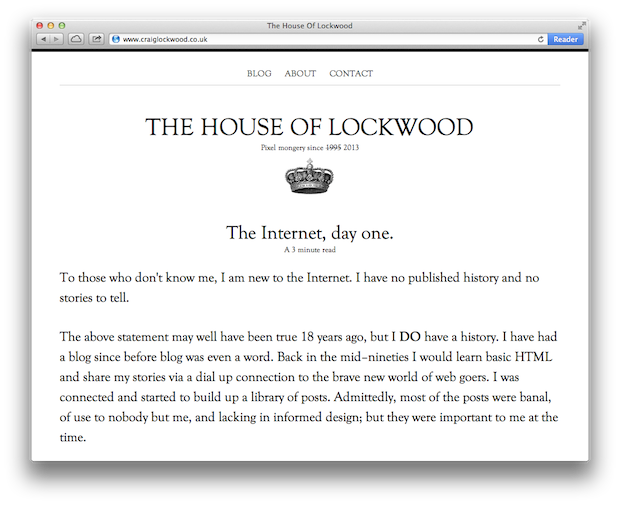 And then one day, this happened:

END_OF_DOCUMENT_TOKEN_TO_BE_REPLACED

I’d like to think that I know my stuff when it comes to computers. I have become proficient at replacing hard drives, power supplies, RAM, monitors, and all of the other tech stuff. Routers, Ad-hoc networks, creating my own Cat-5e cables, and running my own servers was a hobby in middle school. I also have a strong love for programming, whether that is the early stuff with C++ and BASIC, to the more complex, micro level binary switches when I made my own microprocessor, HTML, PHP, ASP.NET, MySQL and CSS online, or the high end Python, C#, and Java. I can speak it all.

So, again, I’d like to at least think of myself competent. But the power of stupid is a strong thing!