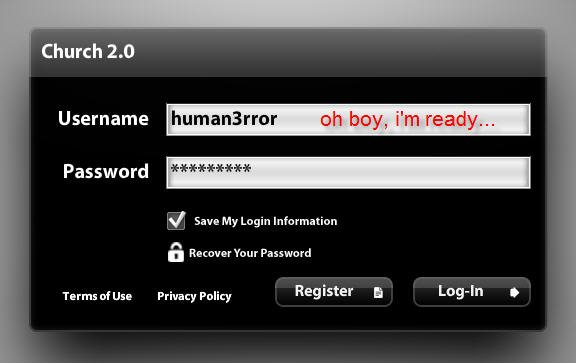 Unifyer, the new digital creation by Dallas-based firm Pursuant, has already been documented by a number of people in the blogosphere as well as other editorial reviews.

As in any new startup in the evangelical space, there has been some great initial buzz and excitement surrounding Unifyer and the potential it has to change the online landscape in regards to “increasing loyalty”, “decentralizing communication”, taking online networking to another level.  Some even call it “miracle grow“.

But as Unifyer say themselves:

Unifyer is a revolutionary web-based application that unites online communication, online networking, and dynamic media content under your brand. Unifyer takes the best functionality of myspace®, facebook®, and blogger®, combines it within a stunning visual interface, and becomes the pulse of your community.

In addition, as Christian News Wire states and reiterates:

Unifyer is not a website, database or just another online community. Instead, Unifyer is a powerful web-based tool that allows pastors to deliver important information to church members with the click of a button. It’s also a place where individual church ministries can communicate with their participants and with each other, all without requiring the pastor’s involvement.

But after reading the comments and blogitorials, I had to ask myself whether Unifyer is truly as revolutionary as it makes it self to be?

First, two things must be clear: One, I will rabidly support anything and anyone who seeks to advance the Kingdom online. Two, I’m coming at this from a technological perspective, not a philosophical or theological.

To begin with, their design aesthetics is definitely one of the first things a new user will notice. 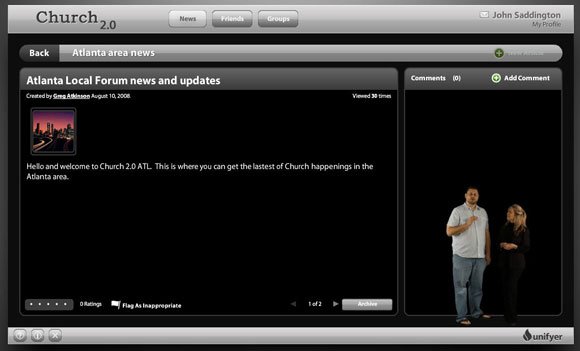 Obviously built with Adobe Flash, their UI is definitely different.

But “different” does not necessarily mean that it’s more effective. There are well documented limitations to the use of flash and the use of “higher end” technology can actually create roadblocks and be burdensome to end users:

These are three off-the-top-of-my head thoughts in addition to the many development-esque issues regarding the use of flash that I could mention.

The bottom line is, considering the many possible alternatives to design, platform, scaleability, and targeted industries, is Flash the best decision? 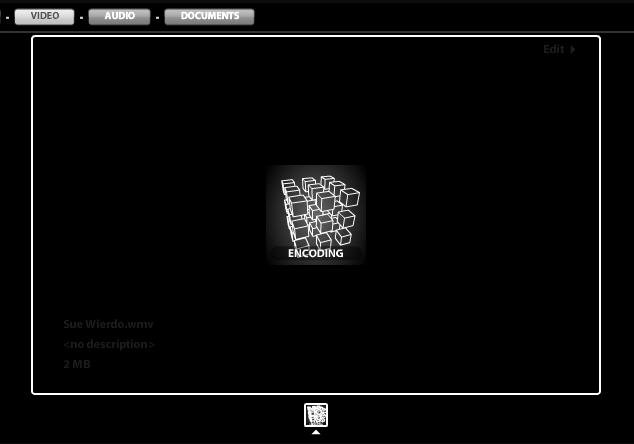 Functionally, the offerings of Unifyer do not appear to be all that different than bazillion other social networking software suites out there.  As they’ve mentioned, it is a combination of the “best funtionality” of such giants as MySpace, Facebook, and Blogger.  But I don’t see many functional aspects that I would have considered “best in breed” from those three named services.

Where is the WYSIWYG editor?  Saving a draft for later function? The media section isn’t breaking any new ground, and sometimes breaks (tested in IE++, FF++, Safari, Chrome), and encoding a 2 meg file took long enough where I was able to give my daughter a bath, clean her up, dress her, make a bottle, and put her to sleep (I have not been told their encoding properties or schema, but from the relative size of the site, I highly doubt my file was in a queue).

I think it would a stretch to say that some of their offerings, functionally and stylistically, are breaking new ground and/or raising the bar.

But I do like how they’ve partitioned out their 3 main areas of content into News, Friends, and Groups.  I think they’ve hit the nail on the head regarding what actually makes users want to come back and what they are primarily interested in knowing about.

One neat thing that would have been nice to see is if you could search users who are currently “online” in the advanced search field.  Perhaps I missed it…? 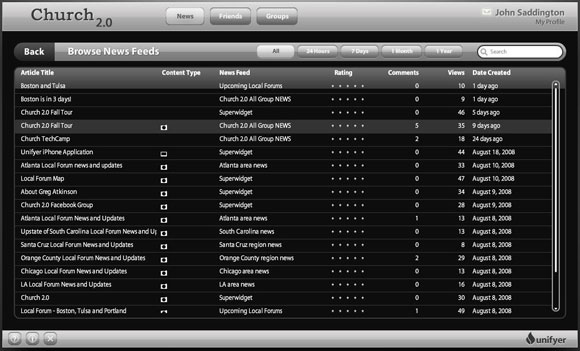 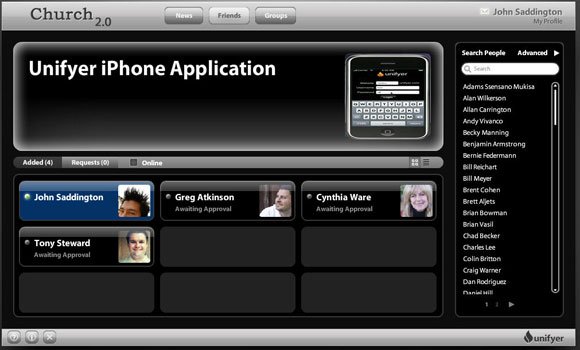 Finally, one of the biggest issues I have, personally, with the site is their business model.  As Church Production Magazine says:

For less than the cost of a postage stamp monthly per user..

Wait… What?!  You have to pay for this service?  Indeed. 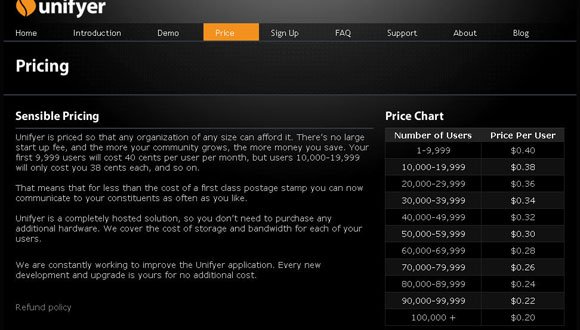 I haven’t investigated what the “no large start up fee” is but the pricing for this product for your own individual organization is not what I would call “sensible”.

But, since it’s a hosted solution, I think for much smaller organizations, this could possibily make sense.  If you have a staff of 30-40 people, that’s 12-16 dollars a month.  Not bad.

But, if you’re a much larger org?  Even at 40 cents per user, even for the first tier, that could eventually amount up to $4,000 dollars per month!  And if you can afford $4k/month on this product, you certainly can afford your own servers.

I just don’t get it.  One could create similar platforms on open source technology, many of which are already using best-practices, are not developed in flash, and have an active development community, all for the price of zero dollars.

In addition, Matt Frazier, the founder of Unifyer and Pursuant, says it this way:

[…]benefits of web 2.0 are really all about empowering people to be able to have the tools to communicate whenever they want to, in a rich and interactive media sort of way.

But from what I see, this tool does not let me communicate “whenever I want to”.  I do not see widgets (yet), I don’t see an open API (yet), I don’t see shared services between MySpace, Facebook, and interconnectivity between other major communication platforms like Twitter, etc… I do see a mobile device available, but not everyone has an iPhone.

I think Unifyer has missed the mark (as the current product stands) and I do not believe it to be “revolutionary” (unless they offered it free and open source among a number of other things, that would be cool).  I think it does help assist doing what Greg Atkinson terms “The 4 C’s”, but I’m not sure it’s the best at doing them.

But, I do admire their vision for the project and product, and I wish them the very best.  I do see a niche market that the product could service, and I believe they are challenging all of us to, again as Matt put it, to think of the best ways in which we can “break down barriers in our organization and be more effective and efficient”.

Definitely a good thing.  Try taking it for a spin.