ChurchMag / Mobile / Android / iOS 7 – Is it Really Innovative and Revolutionary?

iOS 7 – Is it Really Innovative and Revolutionary?

With that statement, Apple’s senior vice president of marketing, Phil Schiller said what may possibly be the most quoted quote for this year (at least) during WWDC 2013.

With respect to iOS 7 however, whatever was unveiled in the event made the statement quite ironic. No matter how many times the word “revolutionary” was used by Tim Cook, even die-hard iPhone fans have to admit this is Apple playing catch-up more than introducing something that’s truly innovative.

The redesign of iOS 7 by Jony Ive is nothing but a new skin in Android parlance. The jury is still out on whether the redesign is better than the previous version though. Some absolutely love it, while it’s the target of online humor for others. As for me, while I’ve always loved Apple’s designs, the color palette of the iOS 7 looks a bit childish.

Most of the “new” features announced, together became one amusing puzzle titled, “Which OS/App Has This Been Copied From?”

Now, I totally get it: a good feature will land up in all OS’ eventually, it has to! But having hounded competition with copyright lawsuits all over the world to the point of earning a “patent troll” reputation, it does feel weird to see Apple do the same thing with iOS 7 this time around.

Only time will tell whether iOS 7 will succeed. But it looks more and more likely that Android is faster at getting better.

So what do you think? Is iPhone still the phone?

Or has the apple fallen too far from the tree? 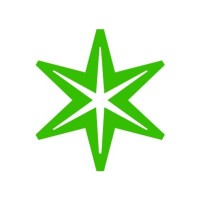 A worship leader / musician / trainer / songwriter and technology enthusiast from India. Author of The Worship Kenbook. Blogs at Worship Blog

Learning A Foreign Language Before Your Next Mission Trip [Part 2]

oDesk vs Elance vs Freelancer vs 99designs [Infographic]