The Great Internet Outage of 2014

It will forever be known to my family as The Great Internet Outage of 2014, as our lives were ‘snowed-in’ away from the Internet.

It all started last Thursday. The night before, the Internet was functioning just fine, but Thursday morning we found it gone. Yes, that’s right, the entire Internet—gone!

Considering all my work is done online, it caused a little hiccup of panic around the house. Thankfully, the last few years I’ve tried to keep my blogging about a week ahead of schedule. This gives me at least one week of ‘buffer’ before the blogs begin to run dry.

Of course this doesn’t stop the hundreds of emails that pour in, but that isn’t what really stood out after our family lost the Internet a week ago, today.

The Great Internet Outage of 2014

Apparently our family is far more ‘connected’ than I had ever realized. The ripple of Internet-free living had an effect on me and everyone else, even the five year old.

The first few days were full of hope that the Internet would return shortly, but as anyone who has lived in Italy can testify, ‘Rome wasn’t built in a day.’ So, at the end of day two, we were excited that a repair man was ringing the bell.

But the phone line was fine.

That’s right, the line was fine and our router/modem had bitten the dust. It was dead. Broken. No longer functioning

I thought, ‘Let’s go to the store!’ Why hadn’t I thought of this before? Tsk-tsk-tsk…

That’s when I learned that our DSL provider uses a proprietary modem—a mistake I had made in choosing our carrier. A mistake I don’t plan on making ever again.

With it being a Friday and Saturday being a holiday in Italy, we wouldn’t be seeing our new router/modem until the next week… (aka: yesterday)

Life without the web was interesting, and while I was able to ‘borrow’ a weak and sketchy signal from my neighbors two floors below me for basic emails, our family gracefully navigated life without the Internet.

I had no idea that our lives had become so tangled in the web—which isn’t entirely bad as some might think. Some of the biggest things that were missed—other than needing it for getting my work done—were:

Email
Apparently email isn’t dead. Other than the littlest people in our family, email is used almost daily to communicate with friends and family.

Instagram
With family friends having a baby and another announcing ultrasound results (it’s a girl!), there was a lot of excitement about getting to stay up to date via Instagram with baby fresh photos.

Tablet Apps
Let’s just say that an Amazon Kindle is far less exciting when the mobile apps and videos cannot function without an Internet connection.

Google
I didn’t realize how often we ‘Google it.’ We even considered making a list of Google-ables for when the web returned—LOL!

Steam
Okay, okay…of all these things listed, this was the least necessary. But when Assassin’s Creed won’t load because UbiSoft needs to ‘connect’ and you can’t unlock Steam achievements, playing video games during ‘The Internet Outage of 2014’ was a little bittersweet. I’m just sayin’. I did, however, find the time to finally finish Bastion (my Steam ID is DYECASTING if you want to connect—or gift me a game from my wishlist in case of any future Internet outages—LOL! Just kidding, but seriously).

These are some of the things that stood out for my family. I imagine that this would vary from family to family, but this got me thinking about how much more dependent we’ve all become on the Internet. Suddenly, I didn’t have access to music, photos, videos and apps—some of which I had paid for. While this was annoying, it did surprise me how dependent my family, and many others, have become on having an Internet connection.

Are we getting closer to the day when Internet access will become as important and critical as household utilities?

Will ‘wifi’ rank among electricity and water?

That day may not be today, but it seems like it may be coming soon. 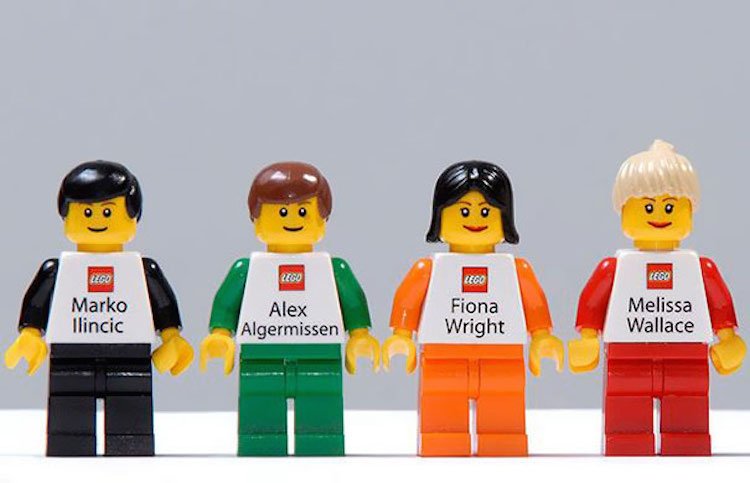 The (Not-So-Secret) Formula Of The Modern CMO [Infographic]