Oh, if we could be so honest! (See video above for those viewing in RSS)

Talking with a client this past week revealed how many people still think that perfect honesty is not the best policy.

I think we’ve culturally moved to a place where being transparent is one of the highest values in terms of social media and that it’s far too easy to spot a fake now. Although there’s always a line of being wise and discerning with what we blog and tweet about the point is that whatever we do decide to publish we should be honest about.

In other spheres it’s really more for your audience than for yourself, but as Christians I think it’s the other way around; being honest is part of what we do, let’s stay above reproach in all things.

ChurchCrunch Ups to PR5 and Thoughts on Expansion 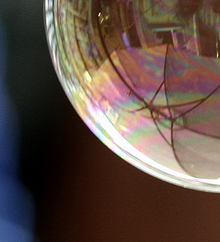