Ok, folks, so Apple’s event is over, and we’ve been swamped with tons of info. Here’s a brief synopsis of what I found interesting. I’ll pop in with some commentary in a few spaces, but I’ll try to keep this brief and easy to skim. But no promises.

There will be tons of reviews of the event, and I encourage you to check them all out. (If you’d like to pretend you were there, you could check out MacRumour’s Liveblog.)

Apple’s newest foray into our lives didn’t seem to get much play, but there were a few interesting tidbits mentioned. The Apple Watch now has Facebook Messenger, which sounds like a pretty neat ability. Very much like spy-tech, being able to text from your wrist. One of the neatest things displayed was this medical app that allows the Watch to send health data to the users doctors. Apple Watch is definitely a piece of technology to keep an eye on.

There’s a new model of iPad, the mythical iPad Pro, which is as wide as the iPad Air is tall, giving the iPad Pro space to display a full-sized app and even more. Side-by-side apps?

The Pro also boats four speakers, one on each corner, dramatically boosting overall volume. Apples also releasing a new accessory for the Pro: a new Smart Cover with a physical keyboard for $169. Sounds awesome, but when you pair it with the price tags for the three models of the Pro (32GB $799, 128GB $949, 128GB + LTE $1079), you can see why it’s called the “Pro.” Of course, that’s probably a fair price considering that the Pro seems to be incredibly fast, even when compared to actual computers. In fact, the touted 150 Mbps on the LTE model sounds almost incomprehensible. 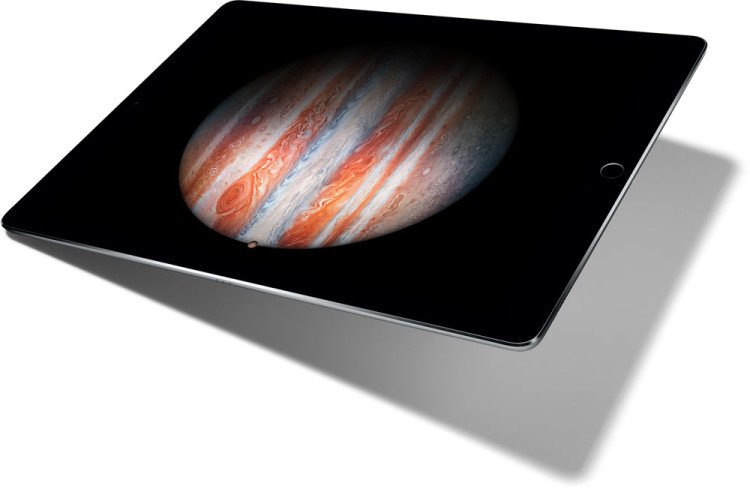 Apple also brought in Microsoft—my how times have changed—and Adobe to demonstrate how the Pro, combined with their apps, will make for an amazingly competitive piece of hardware. If only the iPad could serve as syncing station for iPhones, it would replace millions of computers.

For those on less than a millionaire’s budget, the iPad Mini 2 has dropped to $269 and the iPad Mini 4 will start at $399, which is being touted as the iPad Air 2 in miniature form. That’s an amazing claim: to have taken last year’s cutting edge technology and to have shrunk it already. The iPad Air and iPad Air 2 will remain at their current prices, $399 and $499 respectively.

I’m very excited about this; I love sketching ideas and being able to doodle with words and lists and would be a great addition to my workflow with my iPad Air 2. Of course, the Pencil has been designed for use with the iPad, and I’m sure that the Pro has been best designed to make use of the Pencil.

The Pencil and iPad will combine to create a very realistic pen stoke, calculating based upon angle, force, etc. It’s supposedly so precise that you can draw a pixel at a time. I’ll believe that when I see that, and I do wonder how much that claim will be determined by what app you’re using.

I can’t imagine an artist or designer who currently uses an iPad who wouldn’t want the Pencil. For $99, it might even make a great Christmas present for a visual notetaker like myself.

Apple TV is no longer a hobby for Apple, and I’ll be writing another post about this later.

First of all, Apple TV now supports Siri voice commands—get the tie-in to the event theme?—and it seems that Siri has been boosted with better speech recognition and commands designed to fit perfectly with the needs of a TV viewer. It’s has some very intuitive smart filters built-in such that you could tell Siri to “Show me kid-safe animated movies” and get exactly that. Siri can also provide basic information, such as sports scores, weather, quickly and unobtrusively while watching TV.

As an Apple TV owner, I can tell you that I hate its accompanying remote. Fortunately, the new Apple TV will come with a new remote that combines physical buttons and a touch panel. But more on that in a bit. Let’s talk about the biggest change: tvOS.

Apple TV will now run on tvOS, which is based upon iOS, which was based upon OS X. Because of this, the TV’s UI has been designed to be simpler and cleaning, much like iOS 8 did for the iPhone. Now, because of it’s ties to iOS, tvOS brings the App Store to your TV. This means that app designers can now design apps and games specifically for the Apple TV, but they’ll also be able to design universal apps that will work on iPhone, iPad, and the Apple TV. To me, this could turn your Apple TV into a makeshift computer for some relaxed, late night work on the couch.

The big thing here is that the nearly infinite world of the iOS App Store has now invaded your living room. Games? Check! Use the Apple TV remote or you iPhone/iPod Touch as a touch and motion-sensitive controller! (Apple is clearly going the Nintendo Wii route over the Xbox/Playstation route, which makes sense to me. Apple and Nintendo have always seemed to be very similar in style and approach in my mind.) Now, using the Apple TV could be great for youth groups. Apple’s always had some decent parental controls, so that would be a plus. Also, if you’re afraid your remote might “walk off,” you can put it away and let your students use their own iPhones/iPods to play. No more buying expensive game discs and controllers. Plus, if you get two Apple TVs, you’ll only need to buy the app once since it should sync the two using your iTunes account. 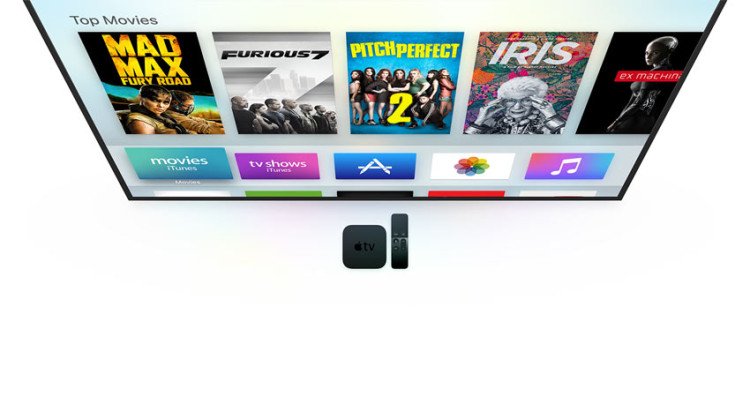 Beyond gaming and productivity, the possibilities for this new Apple TV still seem almost endless. Shopping apps can now be viewed on your TV, and I’m sure it won’t be long before Amazon jump on this opportunity. Now, my wife and I just bought a house and used to use AirPlay Mirroring to look at houses on the larger screen, but now I’m wondering how long before Realtor.com and other similar sites have native apps.

Apples hasn’t forgotten you sports fans, either. MLB At Bat, a new app for the Apple TV, was demoted at the event, and it looks awesome. You’ll have the ability to watch two games split-screen, get live stats, and even turn a “linear” video feed into an “interactive” video feed, which I need to see up close to properly understand. The NHL will have their app out and next year, and FIFA…will continue to be corrupt.

So, back to that remote. Beside serving as your Apple TV’s default controller and a video game controller, it also has the ability to, through the Apple TV, raise and lower your TV volume and even turn your TV off. One remote to rule them all!

The current Apple TV will stay at $69, while the new Apple TV will come in two storage sizes: 32GB for $149 and 64GB for $199. Discerning readers might note that Apple originally gave their Apple TV a hard drive only to downsize it to a paltry 8GB to use for some app storage and buffering. Apparently, Apple has high hopes for locally installed apps, which is why I’m assuming the drives have returned to a larger size.

As expected, Apple is releasing the iPhone 6s and 6s Plus. As a budget shopper who’s spent his tech budget on last year’s iPad Air 2, I was hoping for an iPhone 6c, but I’ll take the iPhone 5s, which is now the “free” phone, as a consolation prize. The 6s/6s Plus now feature stronger glass faces and stronger aluminum housings, reducing a the chances of seeing a “Bendgate Redux.” Along with these new materials a new color will join the three familiars of silver, space grace, and gold: rose gold. No comment.

On second thought, comment: “Finally, an iPhone for your great Aunt Virginia.”

It looks like the overall dimensions will stay the same except for a slight thickening. Why? To make room for a new interface technology 3D Touch, which allows your phone to recognize and respond to varying levels of force when you touch it. This, of course, will be heavily integrated into new iOS for new multitouch gestures. And speaking of iOS, let me say that iOS 9 looks to be a noble follow up to the very minimalistic iOS 8. The new operating system will be released on September 19.

To speed this article up, let’s turn to the time honored blogged tradition of the bulleted list:

The iPhone pricing structure remains the same as with the previous two-year contract system, though many carriers are abandoning this approach. And as I typed that line, they announced their solution: the iPhone Upgrade Program, which will allow you to upgrade your iPhone annually. Your phone will be unlocked, you’ll have the carrier of your choice, and you’ll get AppleCare+, though it will cost $32 a month…and that’s not even counting your actually phone plan.

What Excites Me Most

The Apple TV. Hands down. Why? Because it’s the product I probably use the most, next to my iPhone, and the new iPhones don’t seem to be that exciting. Sure, they are incredible devices, but they aren’t evolving like the Apple TV is. (Of course, we could argue that such evolutionary leaps take time, and I get that. But still, they aren’t leaping right now.) The Apple TV is going to have a ton of possibilities and applications in every area imaginable. I can see it being used even more in schools and churches. For us, we’ve struggled to use the Apple TV in meetings because we has to use AirPlay to run our Keynotes, but now, I believe we’ll be able to use iCloud and the App Store to run them natively on the device. This opens up a ton of options for us.

This only the beginning. Apple always unveils their tech, gives the world a few weeks or months to salivate, and then, when we actually get it, tons of ideas and applications begin to flow. Keep checking back with us here at ChurchMag to see what we figure as the tech becomes available. (And hey, if you figure out something cool, let us know!)

What was the most exciting announcement for you? 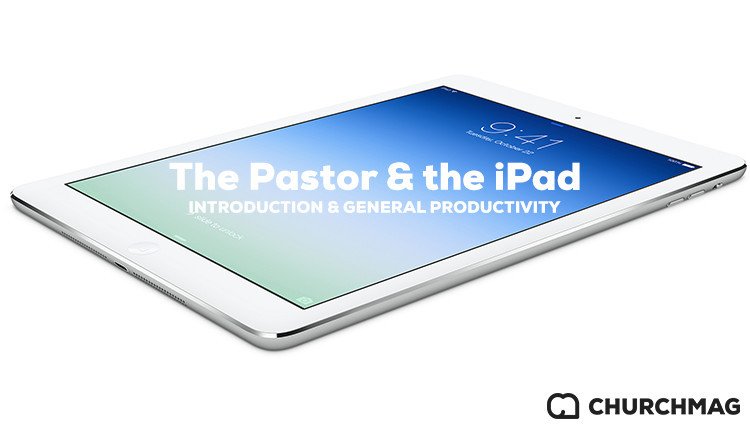 The Pastor and the iPad: Introduction & General Productivity [Series] 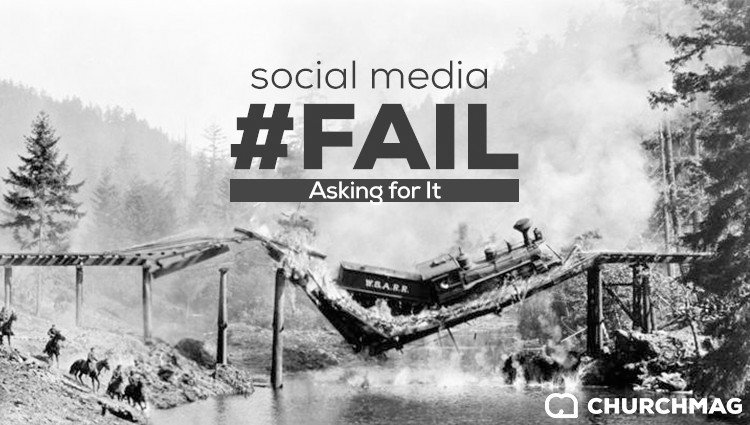 Social Media Fails: Asking for It