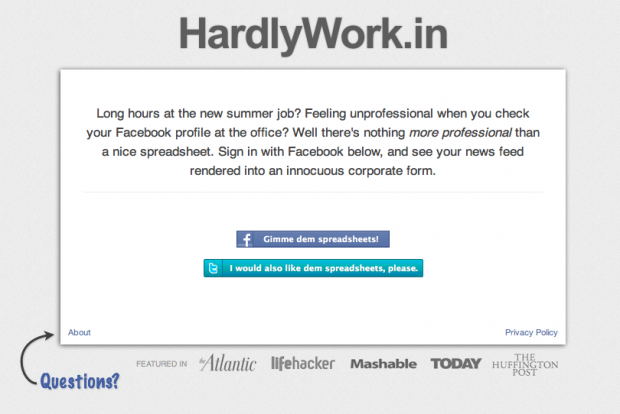 I am a social media addict. I spent a large percentage of my time on Facebook, Twitter and Google+. It’s just who I am and how I roll!

I know that I am not the only one here. Us technology types love social media for the most part.

Sometimes though, there can be those times where you really don’t want to be too obviously checking out your Facebook? Right?

Well, I think I have the key!

As HardlyWork.in says on it’s homepage, “Feeling unprofessional when you check your Facebook profile at the office? Well there’s nothing more professional than a nice spreadsheet.”.

Basically, you can view Facebook or Twitter using HardlyWork.in, but instead of it looking how it normally does, it turns it into a boring looking spreadsheet! There is even a panic button (spacebar) so that if someone starts looking in too much detail it takes the Facebook/Twitter data away and makes it look like an even more boring spreadsheet! 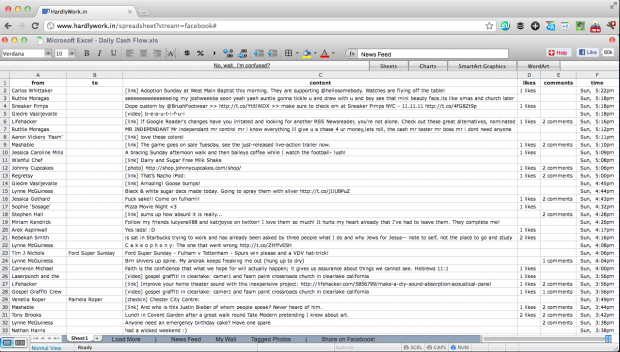 There are various controls available that are hidden within the fake spreadsheet which you can see in the image below: 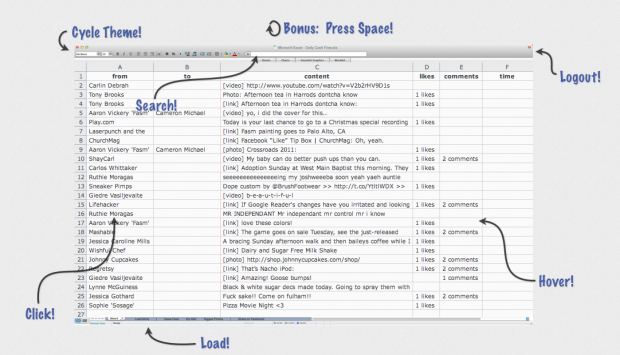 As I also mentioned, when you press Spacebar, the Facebook data is removed from the spreadsheet leaving a really boring looking spreadsheet with a load of numbers: 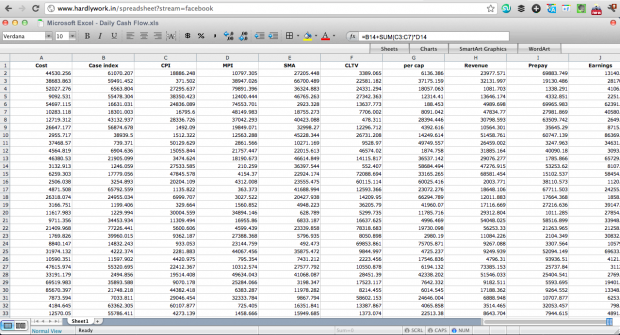 So, this is a fun little web app. Probably not required for every day use, but who knows, someone, somewhere might have to do something on the sly, and this is a great way to get things done.

I now might be able to try and convince my wife that I am not a social media addict after all! Although, I doubt that she will see past this, she is good!

What do you think of HardlyWork.in?

Is it something that you will be using? 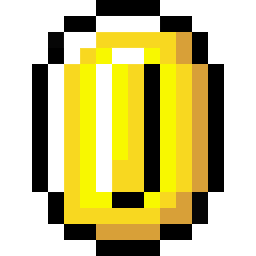 Outside the Box Sermon Illustration: Tithing 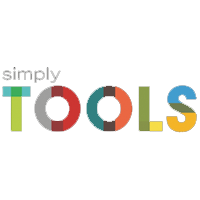