ChurchMag / Web / Books / From the Garden to the City Blog Tour: Rebellion

From the Garden to the City Blog Tour: Rebellion

[Editor’s Note: This is week six of the From the Garden to the City Blog Tour]

I can’t begin to tell you how intimidated that I am to write about this chapter. The guys who’ve come before me have done a great job summarizing and discussing the previous chapters. As I sat down to write this, I opened my Kindle to this chapter and realize that I think I highlighted and noted 80-90% of this chapter. So, instead of just outright retyping the whole chapter, let me note the areas that jumped out at me.

I appreciate how much John uses scripture in his book. He jumps right into the fact that in Genesis 3, we find Adam and Eve’s first response to their sinful nature was to “make” something. Clothing. John says:

Even in their new sinful state, they didn’t lose their status as God’s image-bearers.

That preaches to me in a lot of different ways. At times I have thought of myself as a creative and at times as a creative wannabe. But here is a reminder to me that God is the Creator and I am made in his image. While our sinful nature is NOT what God wanted his Creation to be, he still wanted us to take things in our environment and create from them.

Unfortunately, this first creation of Adam and Eve was a means to hide the sinfulness that was “laid bare.” Often, I find myself constructing barriers between me and God. Sometimes these barriers were not intended as such, but they were constructed nonetheless. I agree with John that if we really examine our motives, we can find the technology that we create (we learned about technology in the previous chapters) is a rebellion against him and his authority. Ouch.

We take this stuff that we create (which comes from sin corrupt material) to build more tools for our toolbox. We believe that they will be able to help us in this fallen world. We forget that technology doesn’t have the power to save. It is not where we should put our hope. It is in God alone that we should rely. However, God still wants us to create. I am very thankful that God has blessed some of our work and allowed the work of our hands to be used in His plan.

It is in this chapter that John also introduces the concept that we’ve literally gone from the Garden to the City. After Cain was punished for killing Abel, he was forced to leave the home that he knew; thus he became a wanderer. Cain decides at some point to build a city. For Cain, this city was a place that he could live apart from God. He was leaving the beauty of creation (fallen as it is) and was seeking shelter in the city.

I felt convicted as I read about the stuff that we use as distractions to escape the fellowship that God wants with us. Ouch Again.

In summary of the chapter, John writes:

For now, we can summarize what we’ve found by saying that even in the post-fall world, God not only approves of but even helps with our technological development. At the same time, technology is also one of the chief means by which humans attempt to create a world without God. As our technology grows more and more powerful, the illusion of control becomes increasingly more convincing.

Last Thoughts. I think we should really strive to remember the definition of technology that John gave us in Chapter 4.

The human activity of using tools to transform God’s creation for practical purposes.

This is very eye opening and should stall us from using something or creating something… just because we can. I myself know that there are times that we say we’re using x technology because it is going to better amplify God’s message. But last time I checked, God had the R&D department fully funded and working at full capacity. He’s quite capable of ensuring that His message gets into the hands of those who He wants it.

Have you ever used the excuse of “doing” something for God as an excuse for your lackluster Communion with Him? 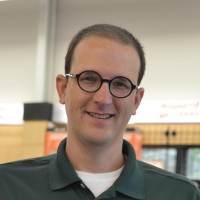 Andy Darnell is a Hardware Store sales guy turned Web Directer turned Marketing Manager. He lives in Norcross, Georgia where he grew up and has an amazing wife and two daughters. He knows just enough HTML and CSS to get in trouble. He is a sports fanatic homer although he is a man without a Hockey Team at the moment. He doesn't drink coffee but is working on his addiction to Mountain Dew. He will often be found in the evenings after his girls are in bed with MacBook Pro in hand on the couch while watching reality television. 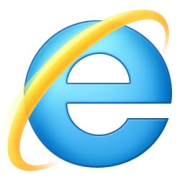 How Many Versions of IE Would You Like to Support?