ChurchMag / Web / Books / From the Garden to the City Blog Tour: Imagination

From the Garden to the City Blog Tour: Imagination

[Editor’s Note: This is week three of the From the Garden to the City Blog Tour.]

Note: If you’re interested in checking out From the Garden to the City before you buy the book – you can help unlock chapters by clicking here.

When the assignments came out for this blog tour I have to confess that I saw my name next to “imagination” and did a little jig. As you can see from this blog post I wrote two years ago, imagination is where my heart, mind, and soul dwell. I realize a tendency towards imaginative play may put me in the minority as an adult (it certainly gets me into trouble from time to time). As John puts it so well in chapter 2,

It’s commonly held that adults have lot the propensity for imaginative play. While kids have the ability to look past the world as it is and see the world as it could be, adults are only able to see the real world.

On the other hand, John asserts that this propensity for imaginative play is awakened even for adults through the presence of our tools. If a person looks at a tool and embraces it, they have done so because they imagined it’s usefulness to shape the world around them. Equally true, however, is the imagination needed to see a tool and reject it. After all, even a rejection of a tool is done by seeing how it might impact our interactions with the world. Perhaps the greatest example we can see of this today is with Twitter. Many have used their imagination to see how twitter can be useful for spreading short bits of information. Others, however, imagine what life would be like with this tool and reject it. Both take imagination, and it’s to John’s credit that he’s pointed this out to his readers.

The bulk of this chapter is spent on exploring the impact a tool has on us when we take it up and actually use it. When we do so, John asserts that we see three separate narratives in play:

Rather than write an abstract on each of these narratives, I thought I’d write about how I’ve seen these stories playing out in my own pastoral ministry. Writing about a narrative with a narrative makes sense to me.

As I mentioned above, I put a strong emphasis on imagination in my life. I enjoy playing with a new “toy” – be it a book, device, web-technology, or anything else that comes my way. As I explore the aspects of each new toy, I imagine how the tool can be used to help me in my various callings – pastor, teacher, husband, and father (just to name a few). As I’ve grown up post television, my imagination tends to gravitate towards visual and narrative outlets rather than analytical and spoken. In other words, in my first story my imagination is already spiraling out from the way I’ve been transformed by the other two narratives!

To help fulfill my calling as pastor and teacher, the congregation I pastor has implemented various new(ish) communications technologies to maintain a connection with one another. Facebook, texting, and e-mail are now primary means of communication. In worship, I put my visual affinity to work though use of a projector – “painting” my sermon with images as I go through. This means that every point that might be made with a bullet, has an image placed on the screen instead. The combination of these two tracks has allowed the congregation to communicate better (not very well, as of yet, but better) than it had in many years. Information is passed on, and the use of visual metaphors in a sermon ties in well with a congregation which has already had it’s minds re-wired by TV and other visual media.

The use of these various communications technologies has had an impact on the way the members are connected with one another.

First, it’s almost turned the Church office into an unnecessary appendage. In the congregation’s previous communications model, the office was the clearing house for all information. Now that the communications style is more distributed, however, the office has almost become a residual appendage. The phone is largely silent, and the “relay” function the office used to serve as is now limited to activating the prayer chain and updating the web-site. The office isn’t even needed to update the congregational calendar anymore, as we update it with our events the moment we make a decision to hold them.

Second, the combination of visual stimulus in our teaching and the persistent stream of small blocks of information has accelerated the sense of frustration many have with the way that events are managed in the congregation. As a new wave of disciples, who are used to visual and rapid-fire communication, have come into the fellowship many of the long-standing ministries of the Church have not been able to offer a compelling reason to participate. Two long-standing Sunday school classes have folded due to this inability to draw in new participants, and our venerable women’s missionary society has suffered a similar fate. Another tradition, the Sunday School Opening, has likewise failed to draw people in – despite efforts to make it more dynamic. “This is the way we do things” is no longer enough to compel people to participate – people are encountering a faster-paced and more dynamic way of “doing things” within the congregation.

Story 3 – Into Our Souls

The transformations illustrated above, however, beg the question, “Is rapid-fire and dynamic communication something which will inevitably lead to a good outcome?” The answer is, of course, no. For example, Twitter has helped people stand up to oppressive regimes around the world – but it was also used to help the recent London riots avoid efforts to contain the violence. Rapid-fire and dynamic communication is transforming us, but how can we make room for the Holy Spirit to shepherd that transformation into something which accentuates our presence as God’s image in this world? In answer to this question, our congregation has turned to yet another venerable tradition which was on the brink of extinction – the prayer meeting.

Prayer meetings at our Church, like many Churches around the world, used to consist of going around a circle sharing prayer requests, perhaps doing a short Bible study, and then going around the circle allowing people to pray “as they feel led.” It was meaningful for some, but many more (including myself, a confessed ADD-addled geek) chaffed under this format – it was neither rapid-fire nor dynamic. We needed to create a sense of progression, which allowed for people to have time to digest smaller bit of ideas, while making them feel the meeting was moving. To achieve this, we turned to the liturgical and contemplative traditions. The liturgical tradition creates a sense that the prayer meeting is following a deliberate trajectory. We center-down, confess our sins, pray for our town and our congregation, meditate on Scripture (via a community lectio divina), and then share our own prayer concerns. The trajectory creates the type of movement people crave (in a format people are familiar with by transitioning the movement and giving instructions via the projector). Hand in hand with this sense of movement, the contemplative tradition allows us to appeal to the rapid-fire existence in which we live. Contemplative prayers tend to rely less on the verbosity of our words, and more on the power of the Spirit to communicate through a profound lack of speech (or even silence).

We approximate this idea by holding to a common discipline as we pray out loud. As we pray for ourselves, our neighbors, our Church, and others we will often lead with the invitation, “As you pray, please pray as you are lead but limit yourself to 1 sentence at a time (with minimal semi-colons).” Other times, we will even limit prayers to a single word! This brings, into moments that are largely filled with silence, a form of the “rapid fire” communication to which we have become accustomed. Most of the prayers people utter are probably no longer than what you can put in a Tweet! We do, however, make room for compulsive semi-colon users. At a prayer meeting several months ago one part of our movement went for nearly 45 minutes – and people couldn’t believe it because they’d been able to actually hear the bulk of the prayers which were offered.

I hope, in the telling of these three narratives, that I’ve communicated something faithful to John’s intent. Our Church reached out and changed our environment, saw that we were begin transformed by the very tools we used, and then moved to direct that inevitable transformation back towards the God who created our desire to use tools in the first place. Have we been successful? I don’t know, you’d have to ask me that question again in a few years to even hazard a guess. I do hope, however, that we’ve moved wisely. All transformations are dangerous endeavors and fraught with spiritual potholes. We’ve tried to keep our eyes on Jesus, who calls us to follow him.

[Next week, we review chapter 3: Reflection] 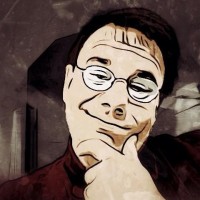 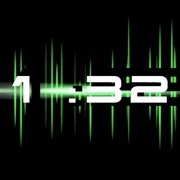 3 Compelling Reasons To Use Video Countdowns