ChurchMag / Web / Books / From the Garden to the City Blog Tour: Redemption

From the Garden to the City Blog Tour: Redemption

[Editor’s Note: This is week eight of the From the Garden to the City Blog Tour]

Conquering evil, restoring the world, uniting all things, beautifying the elect, and glorifying the Godhead: This is what God aimed at in his great work of redemption.

So we can rejoice in the fact that redemption is a beautiful thing.

And we rejoice in God’s work of redemption in Christ’s death on the cross whereby God cancelled the debt of our sin, appeased his holy wrath against us, and won for us all the benefits of salvation.

Therefore, as believers saved by the grace of God we are now transformed and empowered by the Holy Spirit to no longer live a life that seeks our fame, but we live to see God’s name glorified and praised above all names.

Now why would I start a book review on technology by defining redemption?

Because I believe it is important to identify that Christ’s death on the cross was to save sinners and not technology. However, I do believe that John Dyer rightly argues that God and Christians can redeem the use of technology in a manner that glorifies God. And for that I am greatly thankful for not only this chapter, but this entire book by John Dyer.

Now in this chapter on “Redemption”, Dyer returns to examining the biblical story by explaining how technology’s tendencies and value systems are sometimes used by God to move forward his redemptive purposes. He provides three familiar examples from Scripture for support: Noah’s ark, the Tower of Babel, and the giving of the Law to Moses.

The story of Noah building an ark is a prime example used by Dyer to demonstrate God’s decision to use technology as a means to save Noah and his family from the floodwaters of God’s wrath.  I was shocked when reading Dyers analysis because I never saw this relation before between technology and the ark. I began to see Dyer as like a tour guide now pointing out the details in the story that are often overlooked. And along the way Dyer shares valuable insight about the big picture of what God is doing.

The second biblical story discussed is the Tower of Babel. Here we see how people abuse the use of technology. Dyer states,

In Genesis 11, we find the human race again rejecting God’s plan for them in favor of technological achievement. Rather than using their creative powers to honor God as Noah did, the people of Babel wanted to bring glory to themselves.

Dyer provides a solid biblical example of how people have taken God’s gifts, like technology, and have perverted and abused the use of them. Because technology is a gift from God it should direct us and point us to worshipping God, but instead we have allowed it to draw us away from God through our misuse.

Lastly, Dyer discusses the importance of the giving of the Law to Moses. In this section, Dyer argues the power of the medium of communication and media. The technology of writing is a powerful tool that Dyer explains to be a powerful medium that God uses to spread his authoritative message.

What Dyer does really well in these famous biblical stories is point out these questions of what is the technology, how is it used, and for what purposes is it used. In addition, Dyer provides a solid theological understanding of how God works through the use of technology for redemptive purposes.

As a seminary student at Southern Seminary and the IT Director at Sojourn Community Church, I found this chapter and this entire book to be a great theological and practical resource for me to think hard about the redeeming and corrupting power of technology within the context of the Church and my own life.

Technology will continue to advance and become a huge part of our lives. And I believe more people within the seminaries and Churches need to seriously consider taking the time to better understand the effects of technology on our lives and our faith.

The reality is technology was created by God and is used by God, therefore, the Church must focus on how to faithfully use God’s good gift of technology in a God-glorifying way. 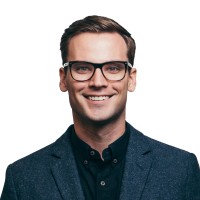 I work at Sojourn Church. I create for Sojourn Network. I study at Southern Seminary. And I currently reside in Louisville, KY. 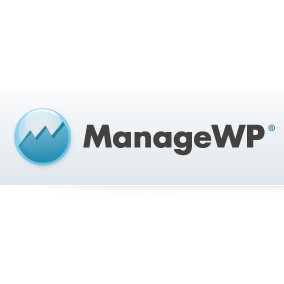