ChurchMag / Web / Books / From the Garden to the City Blog Tour: Approach

From the Garden to the City Blog Tour: Approach

[Editor’s Note: This is week seven of the From the Garden to the City Blog Tour]

“Okay….so these keep getting better and better….no pressure…but these other kids are AWESOME…so if you fail….you might as well hang up your blogging cap.”

The chapter starts out with a story about a Dallas area Christian radio DJ who got a little more than he bargained for when he asked for discussion on how Christians should use and think about technology.  He closed out his program with these words according to Dyer,

We can’t blame technology for our problems, he said, because technology itself is simply neutral.  What matters is that we try to use our technology in a way that glorifies God and furthers the gospel.  As long as we aren’t using technology for selfish purposes, then we can make it into a force for good as opposed to evil (pg 82).

Ah…such beautiful words….and on the surface it sounds great.  However, Dyer goes on to quote Marshall McLuhan, a media analyst of some acclaim,

Our conventional response to all media, namely that it is how they are used that counts, is the numb stance of the technological ‘idiot’ (pg 83).

So what do we do about that?  If you’re reading ChurchMag you probably don’t want to be considered a technological idiot…right?  Dyer contends that we need to,

…spend some time developing ways to talk about technology without limiting our discussion to how we should use it (pg 84).

…the belief that technology is merely the instrument of the person using it… (pg 84).

A very recent example of this occurred last week.  Westboro Baptist Church (I purposefully did not link to the site) picketed Apple co-founder Steve Jobs funeral.  The protest was announced via Twitter from an iPhone.  The members of Westboro Baptist Church did not find it the least bit ironic that they were using Apple products.  One member of the Church even tweeted: [blackbirdpie url=”http://twitter.com/#!/DearShirley/status/121740833513943040″] (you can read the entire Washington Post article here)

…technology is an unstoppable power that his become the driving force in society… (pg 85).

…one of the most famous technological determinists, Karl Marx, wrote that technology would be the great force that equalized humanity.  He is famous for saying that the windmill was responsible for eliminating the feudal system, and he believed that future technological advances might eliminate poverty and power altogether (pgs. 85-86).

As Christians we probably won’t hold to this idea – technology does not make us do anything – technology is not God.

While technology does not directly affect our spiritual lives – it does influence them.  The example from the book is the automobile.

The point is that changing the means always alters the ends.  As we transition from one technology to another, we never arrive at exactly the same end point.  As Christians, we often say, ‘the means change, but the message stays the same.’  However, while it’s true that the gospel message never changes, the means by which that message is communicated does, in fact, bring with it additional ends.  Much of this is due to the fact that like all other things we create, our technology brings with it a set of values (pg 93).

Values…wait…there are values that go along with technology?

You better believe it (if you don’t pick up this book) we need to have a preemptive strike.  Due to our sin nature we “…will always gravitate toward technology that favors the individual over the group” (pg 96).  We often think of ourselves first – welcome to the fallen world.

Our task as believers is to work against the tendencies built into our devices, and to in effect become a predator of the media in the ecosystem of our lives.  Being a good predator means knowing one’s prey well, and the more powerful the prey, the more careful we must be with it […] Christians who live God-honoring lives in the digital world are those who can discern the tendencies built into all technology and then decide when those tendencies are in line with godly values, and when those tendencies are damaging to the soul (pg 96). 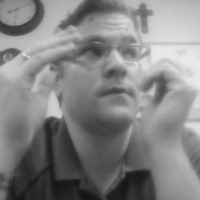 Jerrod is husband to a Marriage and Family Therapist, father to a little boy, a pastor, a browncoat, a social media advocate, and a caffeine addict. He is also the author of the blog#theology. 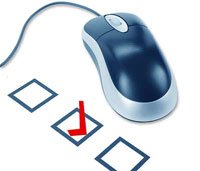 The Cult of Done Manifesto