ChurchMag / Web / Faith and Fandom: How God Designed Geeks for an EPIC Life

Faith and Fandom: How God Designed Geeks for an EPIC Life

This is the first post in a 4 part series designed to help geeks, gamers, and nerds to leverage the way God designed them, in order to get the Big Wins in life, and partner with God in saving the world. If you’ve ever felt like being a geek was more of a burden than a blessing, if you’ve ever felt guilty for loving video games, comic books, and movies, or if you want to integrate your faith with every part of your life, this is the post for you.

I may as well start with Dan.

I first met him at a competitive Super Smash Bros tournament near downtown Denver. He was the “TO”, or tournament operator. And boy, was he impossible to miss.

All of 5 and a half feet, with hair so long that he would be stepping on it if he hadn’t kept it in a single, thick braid down his back. I believe the first sight I caught of him, he was holding a Super Scope and yelling (and I mean yelling) out commentary for the YouTube channel behind two visibly confused competitors. 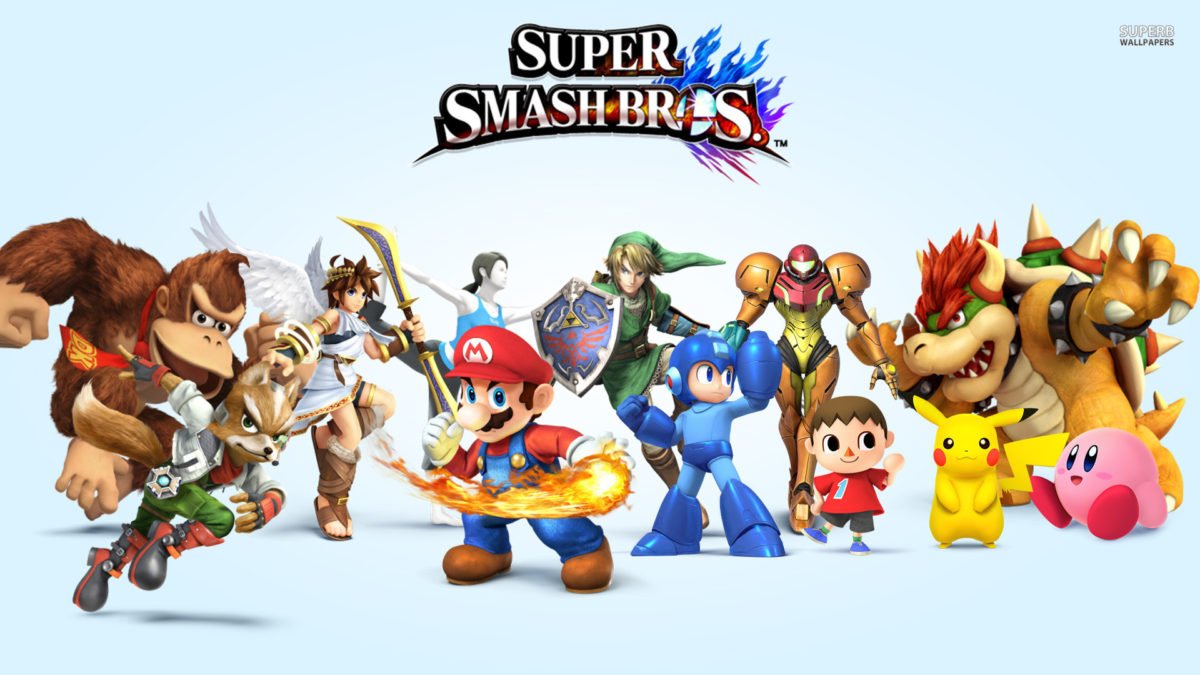 Universally loved in the Colorado Smash scene, he has an infectious, willing laugh. He is a geek’s geek – everything he has ever been interested in in his life, he has codified, debated, and analyzed to the minutest of details. He knows more about the things that he loves than almost anybody.

And when I found out that he was Christian, I was floored. I had never met anybody who I could really say was like me. Somebody who I thought would “get it.”

On that day I entered into a whole new world, and I’ve only begun to explore its riches.

God’s Blueprint for Designing a Geek

Of course, as ChurchMag readers, you guys are steeped in this blessed “crossover” culture. Minecraft Devotionals? Count me in!

But at the time, it came as a shock for me to see an openly Christian geek – especially one so universally loved by people who didn’t believe the same things he did.

But now, I can’t see any combination in the world more natural than geeks and God.

If you think about it, geeks have a lot of natural traits which God deliberately designed them with – traits that lend themselves to a particularly epic life of faith. Because we are designed by a perfect God, we know that He hasn’t made any mistakes.

Some of us “know” this on a head level, but it’s very hard to feel like it from day to day. It might be a new thought for some of you – I know for years I looked at my love of gaming as a “time-waster” or completely disconnected from my faith. I came to think of that time as “hobby time”, completely devoid of spiritual insignificance.

Instead, I was just acting out of Design.

We can’t afford to lose sight of the fact that we are “fearfully and wonderfully made” (Ps. 139:14).

Geeks have been given a voracious appetite for knowledge.

It takes a hefty appetite for learning to be able to tackle that much information.

Geeks do this as a lifestyle. We don’t bat an eye when it comes to sitting down and devouring all that there is to know about something we love. And as we’re about to see, that is a very good thing when leveraged for the right things.

This is found in God’s Word, but extends beyond what we read.

The cultural perception of “wisdom” is sometimes a weak representative of what the word means. We sometimes have this idea that “wisdom” is supposed to be cryptic or difficult to understand – or that it’s about knowing complicated things about esoteric subjects. This kind of thinking came from Greco-Roman thought schools and Eastern Philosophies, which held a deep-seated love of debating intellectual novelty.

We sometimes get tripped up on this point, but it’s incredibly important to go back to the source for our definition on this word.

The ancient Hebrew perception of the word wisdom (“chokmah”) had such a different timber to it.

If you were to ask an ancient Hebrew rabbi what “wisdom” was, he might say something like this:

“The discernment to choose the best and the highest goals, together with the surest means of attaining them.”

This is the kind of wisdom in view when we read “Wisdom is the principal thing; therefore, get wisdom…” (Prov. 4:7, emphasis mine).

When geeks cultivate their love of knowledge and leverage it to voraciously gaining and applying wisdom in the best possible ways, lives are changed. (Figurative) mountains are moved.

Now, that’s not to say that a deep love of fictional universes and learning a ton about stories, hobbies, or skills is useless if not connected directly to something in God’s Word.

In fact, it’s quite the opposite!

God loves when His people learn and cultivate thoughts, and tastes. That’s because He has also designed us with… 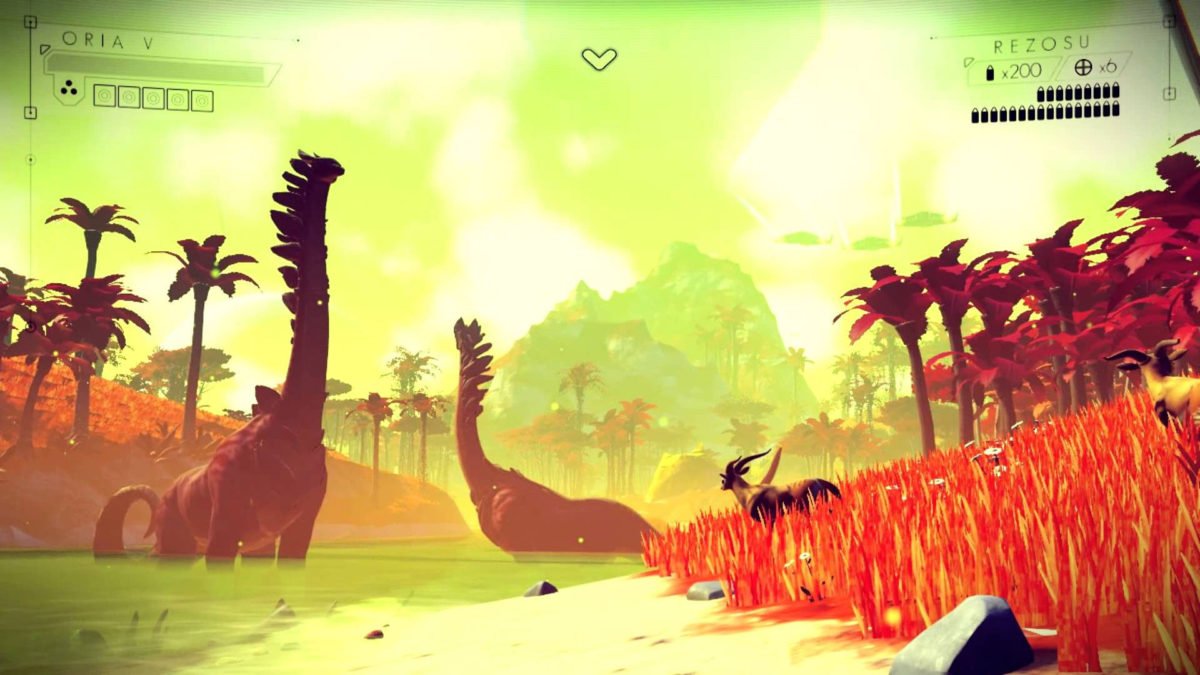 It’s really easy sometimes for us to lose sight of just how creative God really is.

God created – that is, originated:

God invented all of this. And when God created Adam, do you know what his first job was?

Come up with names for all the animals.

This is the first thing God had Adam do (after an unfortunately ignored warning about a particular tree’s fruit.)

God created mankind with a love of beauty and of stories – these are creativity at its zenith. And we, as geeks, are never more like our Creator than when we are enjoying and creating beauty in God’s created order.

We have a near-limitless capacity for enjoying and creating beauty, because God has also blessed us with… 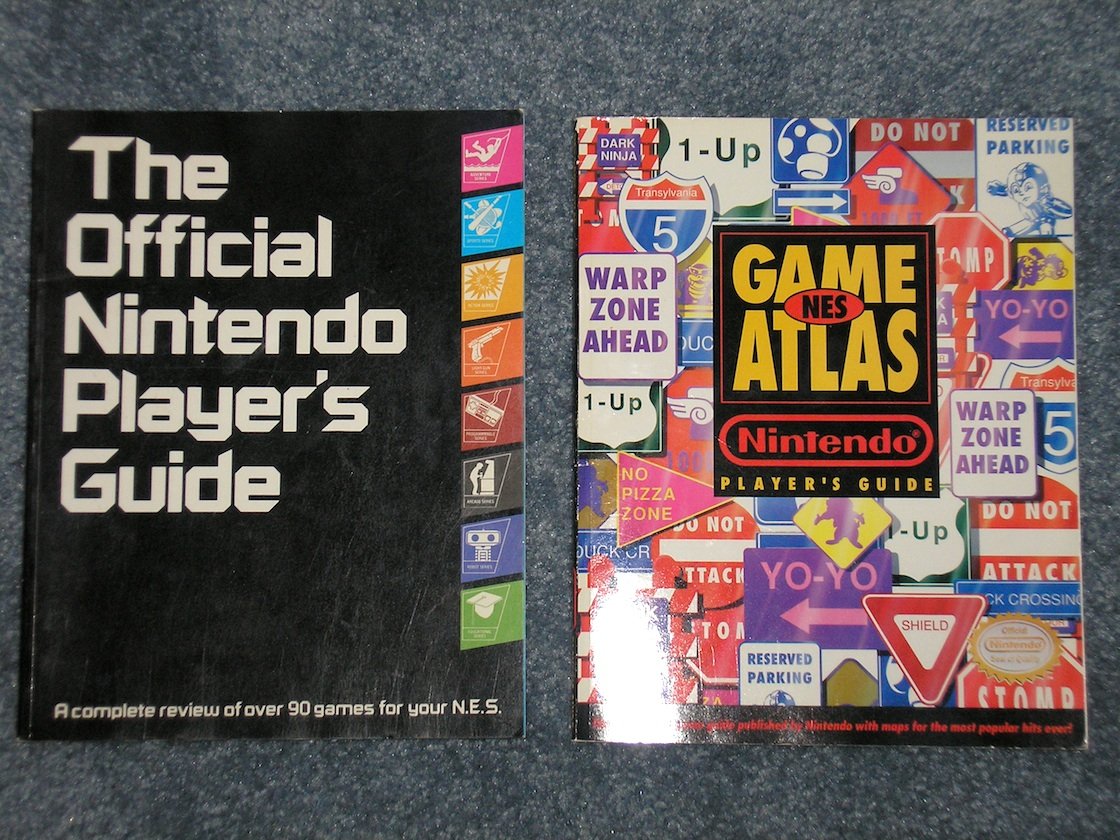 I’ll just say it, even though it’s tongue-in-cheek.

I think I hear the opinion machine firing up.

As an example, let’s look at what it takes for a person to become a game developer.

The undercurrent that flows through all of those hard decisions it takes to get to the goal of becoming a game developer?

We are already trained in sacrificing, putting in time, and voraciously studying the things that we love.

If we can leverage that passion to better love God and love Others – we could completely change the way this planet operates.

There are hundreds of millions of geeks in this world.

Unfortunately, we haven’t all made the best use of our love of knowledge, our creativity, and our passion.

In fact, some of us have used our knowledge, creativity, and passion to actively work against the Giver of those gifts.

We find ourselves in a complex culture with a lot of overlaying, interlocking ideas contributing to the zeitgeist. Bringing God’s Word to bear has maybe never been more difficult. Transforming the world with God’s relentless love seems – well, it seems impossible.

Right now, geeks have a voice in culture.

Superhero movies are the safest bet in Hollywood.

Smartphones are everywhere – you’re the weird kid if you’re not plugged in.

Heck, Disney is making movies about robotics students going from Battlebot cock-fighting, to machining their own costumes and becoming superheroes. Complete with a Stan Lee cameo!

We have been given an opportunity to shape culture with what we believe, and how we live. We can leverage our Knowledge in all of its forms, our Creativity and appreciation of it, and our Passion for God, Others, and Everything Else to make a better world.

And it all starts with one single step.

The Quest for the Ultimate Life

Do you remember when we talked about wisdom earlier? How it’s “the principal thing”?

We’re going to pick the best and the highest goal. And we’ll take a crack at finding a sure means of attaining it.

The highest goal is to bring glory to God.

And Jesus would say that the best way to do those things is to love God with all of our heart, soul, strength, and mind. And immediately afterward, He would say to love our neighbors as ourselves.

There is no stronger apologetic than a supernatural life lived with conviction. There is no goal more worthy than a life lived in service to the ultimate – not the immediate.

We have been given great gifts – Knowledge, Creativity, and Passion.

And as SpiderMan taught us, with great power comes great responsibility.

Let me urge you – just take one step.

Would you be willing just to accept that you have been designed, right down to the smallest of details, specifically for a life serving God?

Would you be willing to entertain the thought that your love of games, comics, books, and movies isn’t something separate from your mission in life – but something to be integrated into it?

Will you stop to think about the fact that there are millions of people who have been given the same gifts as you – but don’t know how to use them for God’s glory or for the ultimate good of others?

We have a glorious opportunity.

We have the chance to live an epic life of radical redemption.

And it extends beyond Sundays. 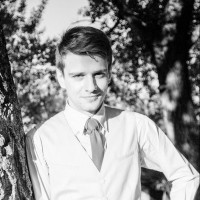 I'm Tim Barber. I help geeks and gamers get the Big Wins in life, become Heroes, and live lives worth telling stories about. I'm also a professional web and game developer with companies like Google and YouTube claiming my services. I'm a Christian, a husband, and a father. I drink coffee by the pot. 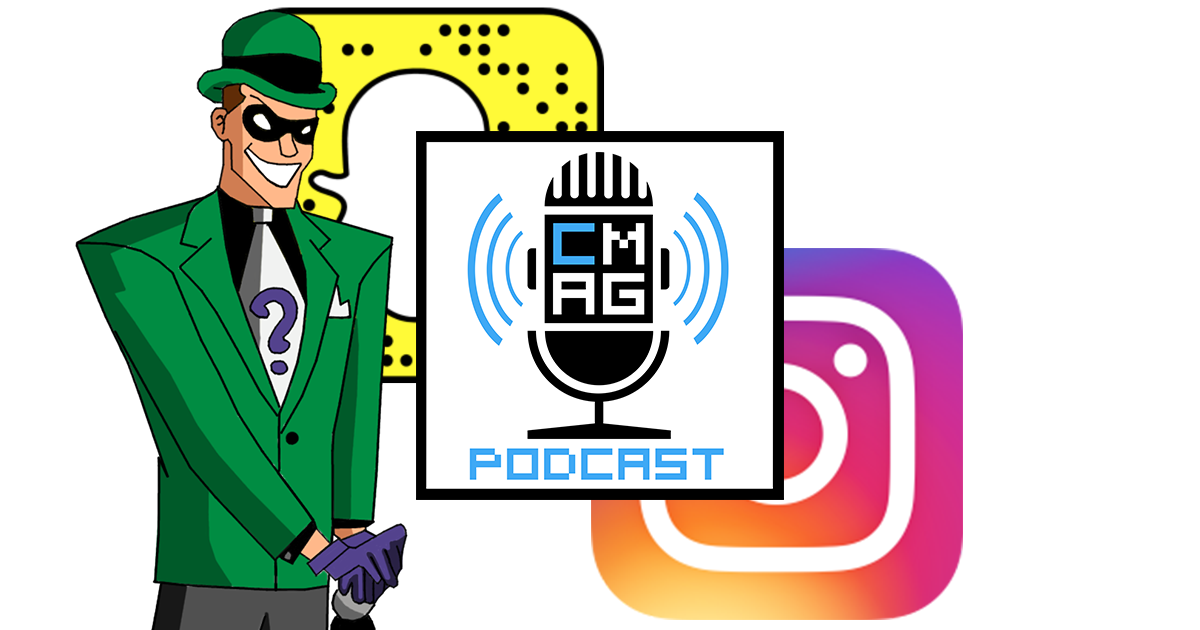 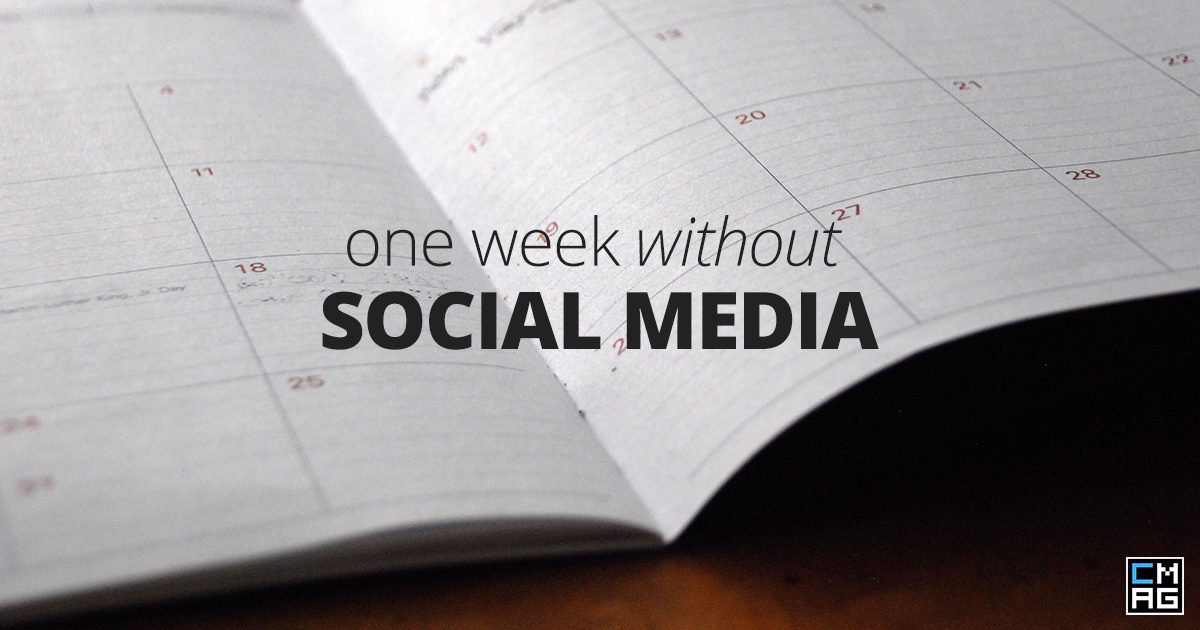 A Week Away from Social Media