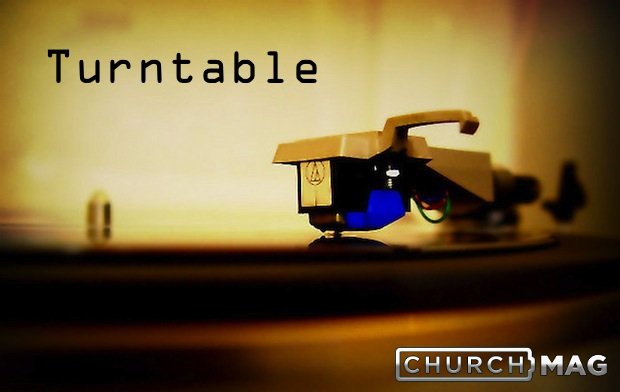 Welcome to the first spin of the ChurchMag Turntable.

We’re also going to give away a free copy! 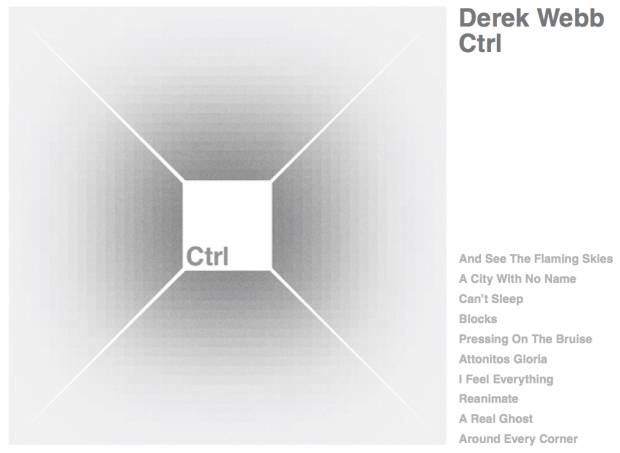 First off, let me disclose to you that I am a Derek Webb fan.

I’ve been following Derek’s work since before he ventured off on his own from Caedmon’s Call with his acoustically awesome and lyrically riveting ‘She Must and Shall Go Free.’

Every one of Derek’s albums have their own flavor. Although some of them overlap a tad from a music style standpoint, each piece of work/art stands alone in both style and message.

The message usually leads to discussion and often times controversy.

But, shouldn’t all art do that?

If you’ve never listened to Derek’s art and are tired of the usual contemporary “Christian” music lyrics, you’ll find his lyrics a definite change of pace.

All in all, I would say ‘Ctrl’ has a mellow feel to it. Not a “put you to sleep” kind of mellow. Don’t get me wrong. It’s the kind of mellow you don’t really notice until you change up your iTunes to something else.

The overall sound is a delightful mix of acoustic guitar, dynamic vocals, electronic pop, flavored with a 17th century cathedral choir backdrop. Quite the mix, right? It is, and it’s awesome.

To sample the ‘Ctrl’ sound, you can download, for free, three tracks via NoiseTrade.

Derek is a music artist in all sense of the word, but what really sets Derek apart is his lyrics.

You don’t have to listen very long to know the concept of JPM (Jesus’ Per Minute) has been tossed to the side. His flavor of “Christian” music is aimed at challenging and tackling issues the Church faces. You won’t leave one of Derek’s albums without having something hit you in the face like freezing cold water. His lyrics aren’t for the faint of heart or easily offended.

‘Ctrl’ by Derek Webb is a like his other albums — it’s a journey.

It usually takes me a number of plays before I warm up to an album, and this latest release took far fewer than usual. I recommend sampling a few tracks of ‘Ctrl’ before making a purchase, but I will say that with every album I recommend.