Some apps have an initial “wow” factor that is fairly short lived. Kind of like the intro sequences in the 16 and 32-bit video game era’s. The cut scenes outpaced the in-game action (except maybe MetalGear).

Often times, apps have that same effect. Initially they appeal to the eye, but fall flat when it comes to functionality. DaisyDisk follows through. For some, seeing only the raw numbers of disk usage may suffice, but I really like how DaisyDisk visualizes the amount of space used spatially and the file type by color. It not only looks great, but gives you a firmer grasp of how your disk space is being used. 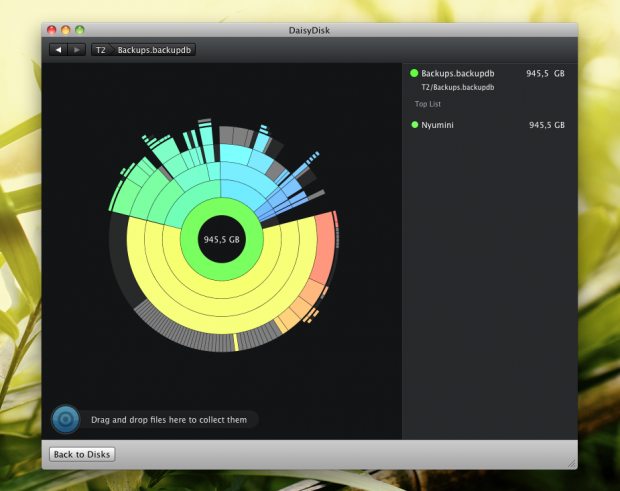 DaisyDisk scans your disks and presents their content as interactive maps where you can easily spot unusually large files and remove them to get more free space. The map gives you an overview of your data, so you always know what your hard disks are filled with.

If you wonder what a file may be (sometimes file names can be tricky ;-)), you can easily preview it within DaisyDisk: 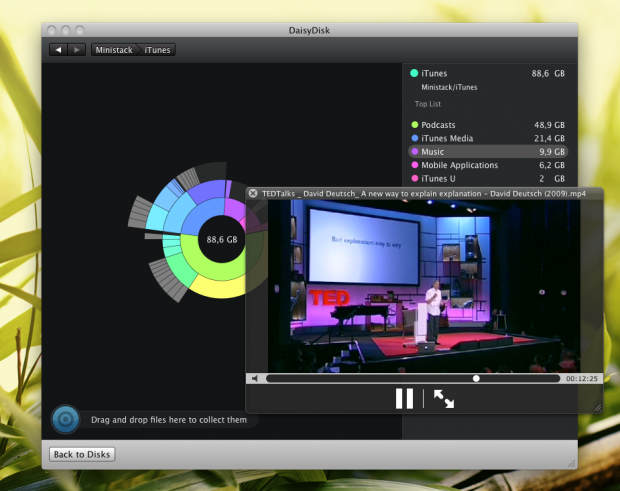 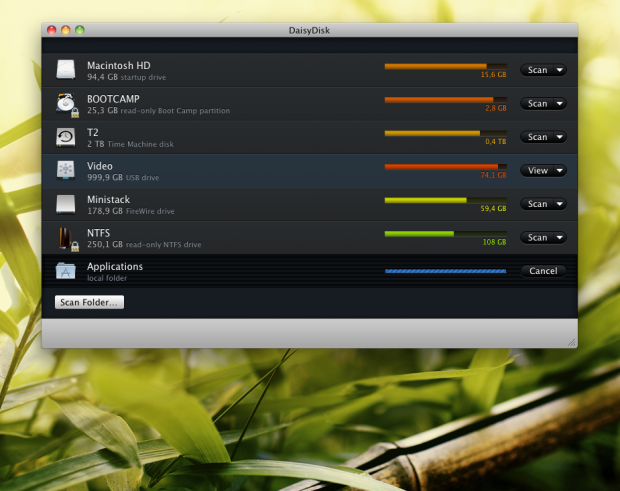 DaisyDisk is also fast, which is key when you’re talking about scanning disks:

We have fine-tuned our scanning engine so disk analysis runs as fast as possible. As a result, DaisyDisk outperforms competing products in scan speed by up to 50%. Hey, DaisyDisk won’t even choke on Time Machine disks which causes many “disk scanners” to freeze or crash.

You have to see how nice this functions. Very pretty:

I know how an app looks isn’t as important as how it functions, but this executes both very well.

DaisyDisk will run on Mac OS X 10.5 or newer and can be purchased from the Apple App Store for only $19.99.

Glo Bible for iPhone is Here!