I’m sure Rhett and Link are nothing new to you.

They’ve done many great videos that have had incredible viral success. They also have shared some solid stuff on Focus on the Family’s JellyTelly children’s program, too.

These are some talented guys.

A fairly recent video, Photoshop in Real Life, had a number of notable creative choices that I thought were really impressive.

As usual, their song was really catchy with cleaver lyrics that were clear to understand, with a constant “tongue-in-cheek” humor that has a “Weird Al” kind of feel to it.

The video is based on the idea that anything can be “fixed” in Photoshop. That idea alone could have floated the video, but these guys pushed it to an extreme. Humor is found in extremes, and they pull-it-off masterfully.

As a song, alone, it holds it own. Many times, a parody or humorous song is dependent on the visuals, this one stands alone. So, any visuals they use, really pushes the value of the video!

They use some really basic jump cuts, so in no way is the video uber high-tech, which ads to its charm for sure. I would be interested to see what kind of planing that went into the filming, since the visuals are so tightly integrated with the song. A behind the scenes look would be fun with this one.

After all was sung and done, the entire song and video makes a promotional advertising plug at the end. It wasn’t part of the song, but the video. I was left wondering, “Which came first, the song, video, or advertiser!”

In no means was the ad plug done in an old time radio or television manner, but it was cool from a retrospective point of view.

Sit back and enjoy the video, it’s certainly fun: 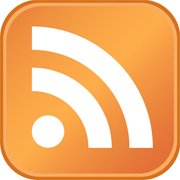 Which Blogs Inspire You?