Editor’s Note: I am going to start what I hope becomes a pretty regular and ongoing series addressing computer security.

This topic is one of the more vital things that computer users should know about, yet it is often something that isn’t talked about enough. In addition, staff/volunteers in student ministries are especially susceptible to malware in some specific ways. On one hand, staff who work in ministry generally try to live very frugal, and financially responsible lives. However, many times malware threats use promises of deals on food or merchandise that look like legitimate marketing campaigns from well-known businesses to infect their victims. Another common susceptibility that I have heard about is intelligence agents from foreign closed countries attempting to hack into the computers of staff members if they believe that other staff from that same church or organization might be in their country, since this might allow them to gather intelligence.

Malware has become a multibillion dollar underground industry, and it is something that is always changing. There are always new attacks and new ways that criminals try to take advantage of computer users who don’t know enough, or aren’t careful enough about what they are doing online. It is my goal and desire to provide some illumination regarding what we know is going on in the world of malware, and how computer users can be careful to prevent possible attacks from malware and other malicious online threats. It isn’t my desire to bring about fear, only careful discernment as we use online resources. Today I am going to briefly touch on some new threats, or recently discovered information regarding potential threats. I will try to touch on a few ways that computer users can hopefully avoid many threats out there today, and take steps to avoid malware and other security threats.

Also, I am going to attempt to lay ground work for future discussion regarding computer security. I would like to begin by saying that this is going to focus on computer security, not Mac or PC security. In the past there has been a mostly true idea that if you were using Mac’s then security doesn’t need to be as large of a concern. While that has historically been true for malware threats, this is changing. In the last few weeks, the malware industry has come out with a new equal opportunity offender. They have made a kit that is being referred to as a “Weyland-Yutani” kit. This kit allows computer users with even marginal experience using a computer to make their own malware by purchasing this kit. This kit can make malware for Windows and Mac operating systems, and the anonymous people who made it have promised buyers that future versions of this kit will also allow them to make malware for iOS (iPad/iPhone/iPod touch) devices, as well as for Linux based operating systems. Historically the unpopularity of Mac and Linux have kept them from being as much of a target, but this is starting to change. It is now important for users of all operating systems and mobile devices to be careful about the security of their devices online.

In addition, malware threats are starting to hit an all-time high. According to AppRiver, during the month of May malware pieces at times were hitting as high as 10 million pieces per day. It is easy to think that you can only get a virus by doing something irresponsible online, but that isn’t necessarily true. Due to the variety of tactics used by the malware industry, the user who isn’t cautious, or doesn’t show care online can easily become infected.

For now, here is some broad advice regarding some things you can do to stay safe out there. If you are on a social networking site like Facebook, or you are on IM, and you receive a message from someone you know asking you to go to a link, it is probably best to contact the person and verify that they intended to send you a link. This is one of the common ways that malware is spread. In addition, never download any attachments in your e-mail, unless you know for sure what they are, and are expecting them. If any e-mail attachments are questionalbe, then contact the sender, and ensure they intended to send you an e-mail attachment. If there is reasonable doubt that an attachment isn’t legitimate, delete it, and empty your recycle bin or trash. 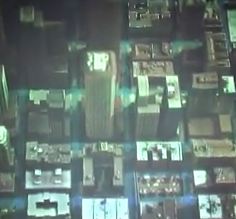