Has your church ever tried to change something? How did that go? (I can see your involuntary shudder in my mind right now.)

Most organizations are change-resistant, even if the change is temporary. You’d be amazed at how many people will complain over the smallest thing, even when it’s a one or two change. And, unfortunately, there’s nothing you can really do to combat this because it’s human nature to not want to be inconvenienced by a change in ones routine. However, you can help to mitigate these issues by communicating in advance.

Last winter, my church began an overhaul of our foyer, which has culminated in a flooring change. We’ve gone from gray, industrial carpet to stained concrete, but this required some rerouting of foot traffic.

Clearly, this was no small endeavor.

And because it was such a huge thing, we knew that we had to be ahead of the game in communicating with our people what would change and how we were going to work around it.

So, for the past few weeks, my pastor has been showing diagrams of our building, like the two below, and using a laser pointer to demonstrate to our congregation how to get where they wanted to go. 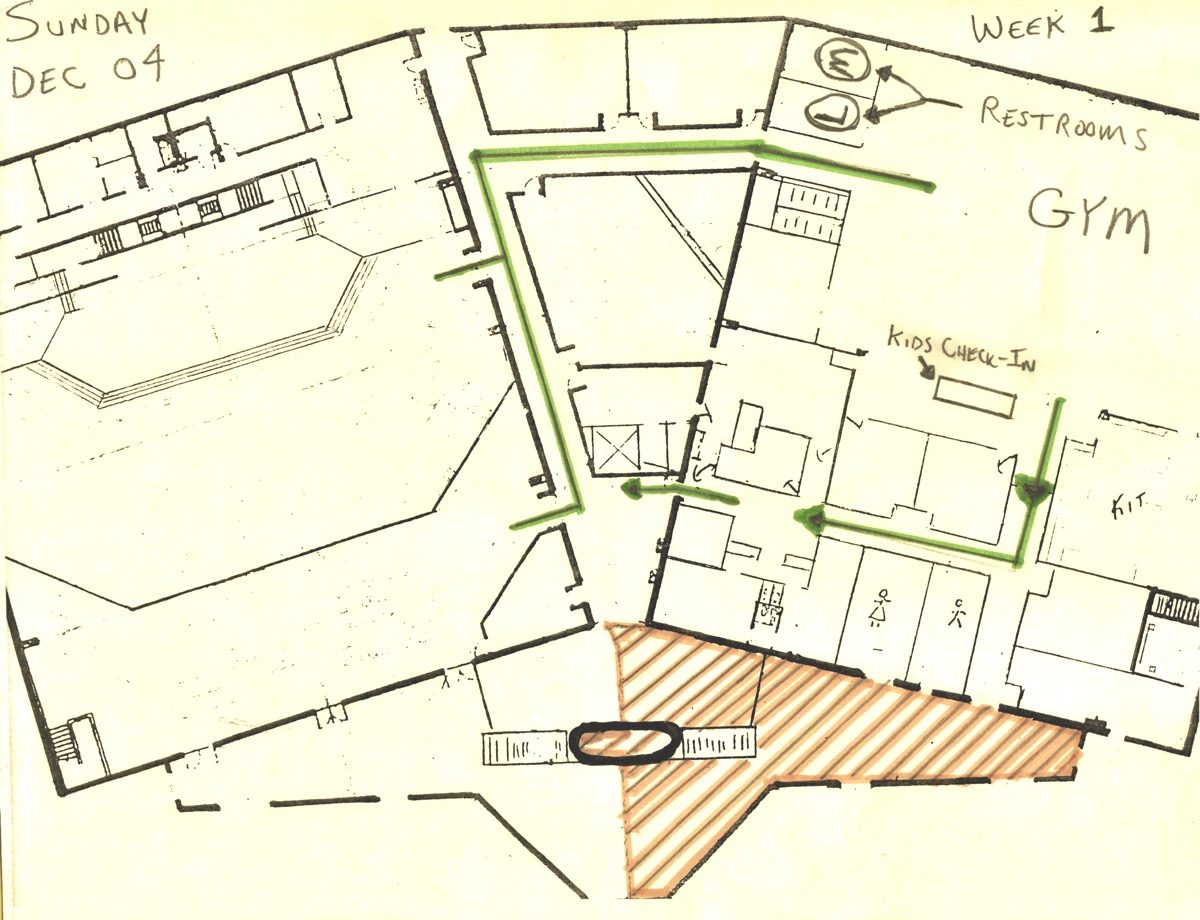 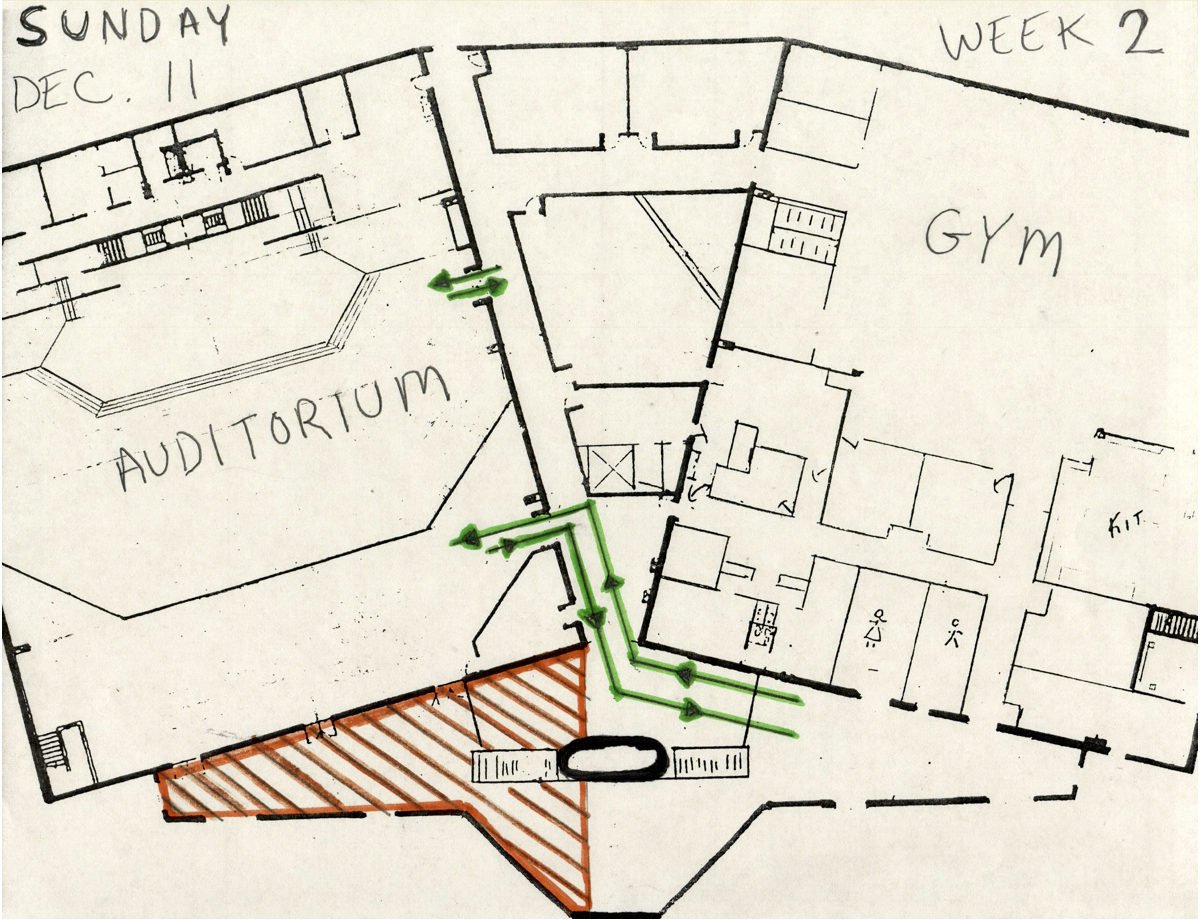 He did this every Sunday for four weeks. It was important to him that people felt valued by being communicated with. Absent this approach, we would be inviting chaos, anger, and frustration, and rightly so. If you want your people to be on-mission, you’d better include them.

We also used signage and barriers to make it more or less impossible to go the wrong way and encouraged people to help shepherd their friends and families around. In fact, the phases of the work would begin on Mondays, so our midweek service attenders would get a preview of the obstacles we’d face on Sunday. We tried to use this time to foster an slight “insider” attitude, which we hoped would give people a healthy sense of ownership and also increase the value of attending midweek. The results were a bit mixed, but we tried.

You know, it’s actually sort of funny, but we have multiplied means of communicating and yet seemed to communicate less information less clearly. Maybe it’s laziness? We can communicate so much, so easily, so clearly, that we just assume that we can phone in this particular update because eventually we’ll say it better? Maybe not.

But maybe, just maybe, since we, as Christians, are tasked with being communicators of the divine message, we’ll get our act together in this millennia and become the leading global communicators that we have the potential to be.

Now, we’ve still had some confusion and some complaints, but most of it has been silly stuff from people who would complain no matter what. The overall reaction as been one of resigned frustration, which is to say, “I don’t like the inconvenience, but I understand and am excited for what we’re going to get out of this.”

Honestly, communicating a challenging change is basically what Paul was doing in Romans 8:

“I consider that our present sufferings are not worth comparing with the glory that will be revealed in us.”

What we have gone through for the past three weeks has been frustrating and a little difficult at several points, but it’s worth it to have an attractive foyer. And yet, it wouldn’t have been as easy as it has been had we not communicated these changes ahead of time and then repeatedly throughout. Faith and Fandom: How God Designed Geeks for an EPIC Life – Part IV