ChurchMag / Web / Inspiration / Being Different In A Digital Age

Being Different In A Digital Age

But you are a chosen people, a royal priesthood, a holy nation, God’s special possession, that you may declare the praises of him who called you out of darkness into his wonderful light.
1 Peter 2:9

This is one of the most beautiful and challenging verses in the Bible. It’s beautiful and uplifting to think of how God has chosen us, set us apart to serve as priests in His name, and yet, it’s staggering to think of the weight of the meaning of the phrases “holy nation, God’s special possession.” The Church, the body of believers scattered across this globe, are considered by God to be part of a new nation, His Kingdom, and implicit in that is our holiness, a term that I’d like to define in a brief digression.

The Digression: The Doctrine of Holiness

Holiness is often confused with purity, and while impurity cannot be considered to be compatible with holiness, the true meaning of holiness goes beyond purity. Holiness, you see, has a two-part meaning. It’s a combination of purity, but purity as an end unto itself. It’s purity for the purposes of God. You see, as we grow closer to God, we are being “sanctified,” or “separated,” to God in order to accomplish His will in our lives and in this world. We aren’t made holy to hide away in a dark room. That’s what the monks and nuns of the Middle Ages. You remember, that period of time we often call the “Dark” Ages? Christians are supposed to be in the middle of culture, serving as salt and light, elements of culture that intensify it’s flavor, preserve it’s usefulness, and redeem it for the glory of God. On the flip side, we cannot accomplish this purpose without being holy, without being set apart from the world’s way of living. We must be different. We must deny ourselves some things in order to receive the things of God; this is the heart of holiness: purity for the sake of His purposes.

Perhaps you’re asking where I’m going with all of this? It’s a fair question that I’ll begin to answer with another quote from 1 Peter 2:

“Dear friends, I urge you, as foreigners and exiles, to abstain from sinful desires, which wage war against your soul. Live such good lives among the pagans that, though they accuse you of doing wrong, they may see your good deeds and glorify God on the day he visits us.”

Peter referred to his readers as “foreigners and exiles” and urged them to live a life that would distinguish them from those around them. Why? So that those outside the Church would see the difference in the believers and know that it could only come from God. In the next chapter, he commands us to “always be prepared to give an answer” to those who question us about our faith. Notice that he doesn’t tell us to always be talking about our faith, so then, unless we live our lives like cross-fitters or vegans, who can’t help but tell you that they do cross-fit or are vegan in the first three minutes of every conversation you have with them, how would anyone know to ask your about your faith? They would know because they would be able to see the difference in the way you live your life.

The Point: Being Different

You see, Peter also referred to his readers (and to us, by extension) as “foreigners and exiles,” and his point here is obvious: we are to live like people of another kingdom. “Foreigners” because our origin is not of this world: we have been born again into a new spiritual nationality. “Exiles” because we lost access from that kingdom, from God’s presence, when we sinned, and like most exiles, we are living a life in a foreign country with every intention of going home some day. We’re living in this land, but we don’t belong to it. We’re actively preserving and celebrating the culture of our homeland, the Kingdom of God.

We are called to be different, to live like those who have been separated from the broken culture around us. Of course, we must be distinct without being disgusting, which means that we must hold to the culture of His Kingdom without looking down upon those who do not belong to it and do not hold to its culture.

Now, I’m going to close this section out quickly because I’d like to end this post with a sharp point about what it will practically mean to be different in this 21st century world.

When I was a teenager in the early 2000’s, I was taught that a good Christian ought to be holy and holiness was demonstrated most prominently by some specific, purity-focused denials: no cussing, no drinking, no smoking, no drugs, and no sex. Why? Those were the “major” (i.e. “obvious”) sins of the culture I was in, so by abstaining from those behaviors, we would stand out.

Now, I still don’t do those things—and as a Christian you shouldn’t either, though I know that some brands of Christian allow for alcohol and smoking—but I don’t think this enough because holiness isn’t simply about avoiding sin for the sake of purity. Remember, holiness is purity for a purpose. So, maybe we can find a new marker for purity if we start with our purpose?

Our purpose here on earth is to add to the glory of God and to expand the family by leading others to relationship with Christ. How do we do that? In the next chapter of his letter, Peter makes it clear to us: “Always be prepared to give an answer to everyone who asks you to give the reason for the hope that you have.” I think most of us get the “always be prepared” part; the confusion comes in when we ask the question, “What will prompt non-Christians to ask us for a reason?” This is why my youth leaders were trying to convince me not to engaged in those “fatal” five sins of cussing, drinking, smoking, drugs, and sex: they understood that a good Christian witness starts with a difference. Let’s call this the “Christian distinctive.” We should be distinct from non-Christians in our behavior, attitude/outlook, and our overall way of living life as an act of worship to God and an offering of love and service to others.

The lack of a fully expressed Christian distinctive birthed by the double-edges of holiness, purity and purpose, is one of the single greatest limiting factors in our evangelizing of the world. There’s no “buzz” about Christianity because there’s nothing distinctive or noteworthy about its adherents. We blend in and, therefore, have nothing to offer to the outside world because seem to be just as moral ambiguous, pessimistic, and ultimately hopeless. We’re doing a bad job of embodying the resurrection life that Jesus opened up for us.

So where is this going? Am I simply constructing a rant about how much Christians drink and cuss? Nope.

My wife and I were discussing this issue the other day, bemoaning how little distinction there was between some Christians—including ourselves, even—and some non-Christians, and it was in that moment when my wife offered up what might be one of the wisest and most insightful things I’ve ever heard:

“I think the best way that Christians can stand out is to actually pay attention to people, to stop looking at their phones all the time when they’re with people. Show people you care about them by looking at them when they’re talking.”

As technology increases, the problem of technological distractions will only get bigger, and our focus on engaging people because we’re Christians and because we value all people as bearers—be they broken or not—of the image of God. We give value to others by putting our electronic devices away and interacting with them directly. This is very difficult for me, but I am slowly being convinced that this will be the distinctive of a redeemed person in this twenty-first century world. I think this very old anecdote—did I ever tell you that I’m a history teacher—illustrates the point pretty well:

A young lady was taken to dinner one evening by Gladstone and the following evening by Disraeli. Asked what impressions these two celebrated men had made upon her, she replied, “When I left the dining room after sitting next to Mr. Gladstone, I thought he was the cleverest man in England. But after sitting next to Mr. Disraeli, I thought I was the cleverest woman in England.”

People want to feel valued, accepted, loved, and we’re more likely to communicate with our actions than with words alone. And what action would better communicate this than thoughtful conversation, good listening, and total human engagement?

Let’s be different. Let’s be active and intentional in our Christian distinctive by engaging others, by respecting their innate human dignity and worth by not staring at our phones while interacting.

Let’s embrace the social and ditch the media. 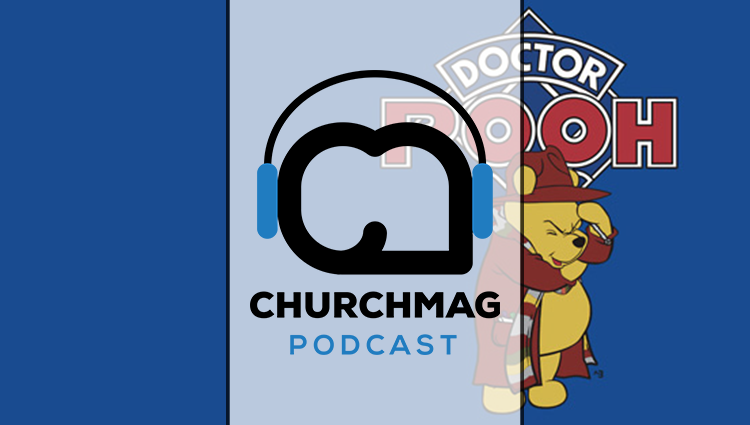 Riddle Me This: Winnie the Pooh and Doctor Who [Podcast #72] 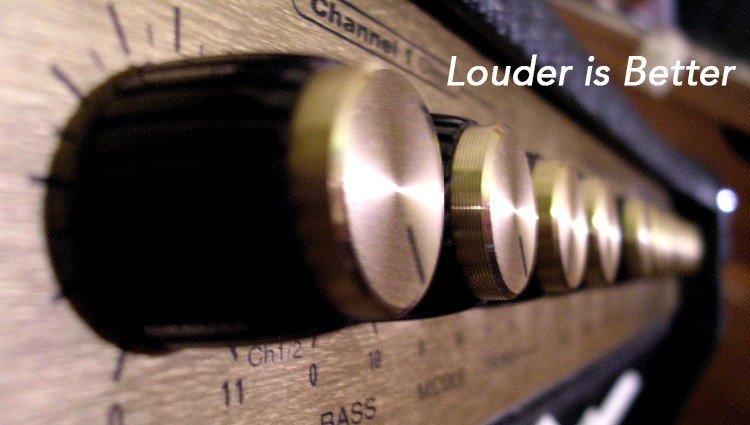 Louder Is Better Sometimes (Most of the Time)