The Brilliance calls itself a liturgical band and is led by David Gungor (yes, he is the other Gungor’s brother) and John Arndt (again yes, the same chap from Michael Gungor Band).

“Brother” is the band’s first full-length album with 10 songs produced by the band itself.

It’s an interesting mix of songs on a variety of themes that are not usually explored in contemporary worship music. For example, the opening title track “Brother” starts with these lines:

END_OF_DOCUMENT_TOKEN_TO_BE_REPLACED

For folks into creative functions, the hunt for free high quality images is a never ending one, right?

Whether it’s for a blog post, book/album cover, or church website, it’s always useful to have as many options as possible.

Below is a list of great websites that I love to use to find free photos for my projects, hope you find them useful too.

END_OF_DOCUMENT_TOKEN_TO_BE_REPLACED

Turntable: “Seek You First” by Jordan and Kristin Rippy

Jordan and Kristin Rippy—a husband and wife duo from Lakeland, Florida has recently published its debut worship EP, “Seek You First”—a collection of 6 original worship songs—that hit the Top-20 on the iTunes charts in its genre. I love discovering new worship artists and songs and this one has been a real pleasure!

To introduce them in their own words, “we have a passion for the presence of God and seeing lives transformed and people healed when they encounter Him. We love to join creativity and simplicity in songwriting so that our music is compelling but easily used in corporate or personal worship.

We’ve been married for 7 years and have two beautiful girls. We are passionate about worship and community and believe that at it’s core worship in the local church is all about leading people you love with people you love.”

END_OF_DOCUMENT_TOKEN_TO_BE_REPLACED

Telegram — Another New Kid on the Block of Messaging Apps

Yes, I know you’re probably using Whatsapp, Line, Snapchat or whatever other messaging app that’s caught your fancy—but trust me, Telegram is worth checking out!

Well, for starters, Telegram is open source. Secondly, it’s totally ad free—and the developers are promising to keep it so forever! Tickle your taste buds yet?

END_OF_DOCUMENT_TOKEN_TO_BE_REPLACED 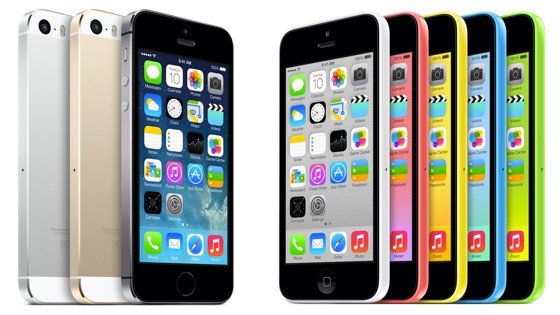 The new iPhones are out, and the rumor mills can finally take a break after weeks of speculation and leaks! So now, we have 2 types of iPhones: the iPhone 5S and the iPhone 5 in a plastic shell called the 5C.

And, as usual, opinions are deeply divided on how great these products are, with reactions ranging from ‘amazing’ to ‘disappointing’. Here’s my take (would love to hear yours!):

END_OF_DOCUMENT_TOKEN_TO_BE_REPLACED

iOS 7 – Is it Really Innovative and Revolutionary?

With that statement, Apple’s senior vice president of marketing, Phil Schiller said what may possibly be the most quoted quote for this year (at least) during WWDC 2013.

With respect to iOS 7 however, whatever was unveiled in the event made the statement quite ironic. No matter how many times the word “revolutionary” was used by Tim Cook, even die-hard iPhone fans have to admit this is Apple playing catch-up more than introducing something that’s truly innovative.

The redesign of iOS 7 by Jony Ive is nothing but a new skin in Android parlance. The jury is still out on whether the redesign is better than the previous version though. Some absolutely love it, while it’s the target of online humor for others. As for me, while I’ve always loved Apple’s designs, the color palette of the iOS 7 looks a bit childish.

Most of the “new” features announced, together became one amusing puzzle titled, “Which OS/App Has This Been Copied From?”