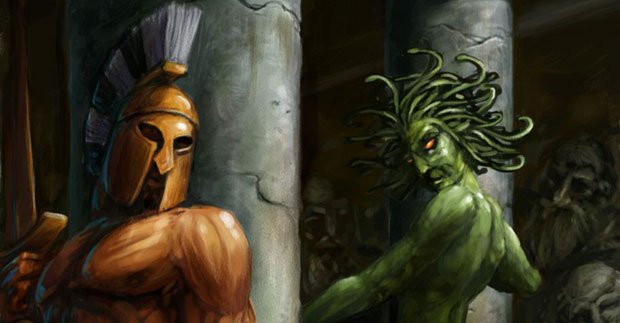 Immediately upon finishing this chapter I began to struggle with what to write here. I had information, but I wasn’t terribly excited about imparting it to you. So I went back and read it again and that’s when I was sucker-punched by a gem I had somehow missed the first time through. In one section, Hipps contrasts two stories from Greek mythology in which a common, rudimentary piece of technology was a significant influence in the ultimate, and contrary, fate of each main character. These seemingly unrelated stories belong to Narcissus and Perseus.

Narcissus was a beautiful young boy who left a devastating trail of unrequited love in his wake. We all know Hell hath no cumulative fury like a gaggle of Greek women scorned so, inevitably, the gods grew tired of hearing them whine. They put a serious harsh on his mellow by cursing the young stud. While strutting through the forest one day, Narcissus came across a deep pool of water and noticed his reflection for the first time. He instantly fell in love with the reflected image and stayed there at the pool, staring at his bad self until he died.

Perseus was a young hero and an illegitimate love-child of the god Zeus. Medusa, who I like to think of as sort of a fundamental, snake-handling Christian’s dream date, was all up in the king’s kool-aid turning everyone to stone and whatnot. That is until Perseus shows up on the scene with a new piece of epic loot: a Shield of Mirrors (+10 Reflection, +8 Intellect, -100 Durability). Instead of looking at Medusa directly and perishing, Perseus protects himself by looking at her indirectly through the shield’s shiny, reflective surface. Then he lops her head off. Rawr. 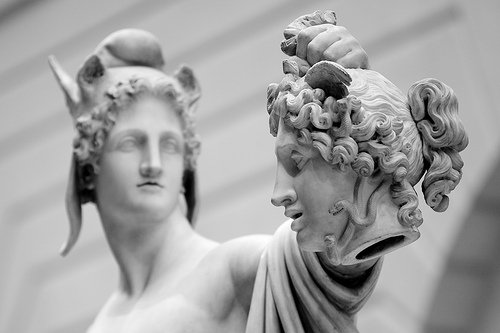 The previous chapter ended with Hipps doing a solid job of deconstructing the false belief that a message is always neutral with respect to its method of delivery. I agree with him on this point. A message is rarely neutral to its medium. This chapter takes things a step further and begins to skirt around the idea that technology is a medium, oh and by the way, it can be leveraged for good or ill.

For the remainder of the chapter, Hipps dissects what he refers to as the “4 Dimensions of All Media”. If, indeed, a message is interdependent with its medium, and a message can be influenced for good or ill by it, then it is positively foundational that one get a thorough understanding of media in general in order to better anticipate, and calculate, the influence it has on our messages. But that’s not what gave me pause as I sat there rereading the chapter.

What occurred to me was that my blog is a reflective surface.

It is a reflection of myself, sure. But it goes deeper. I spend an obscene amount of time priming and pruning and posturing in order to look like a “young beautiful boy” to the Internet at large. If my blog or your blog or even your organization’s blogs are collective reflections of ourselves, then we’re left with one big, sweaty, prank-call-breathing question. In two parts.

As Christians, are our blogs deep pools of water in the forest, used to make us drunk on ourselves, isolate us from the world, and curse us to a slow, absurd death? Or are they mighty shields that we use to defend ourselves, neuter dangerous monsters, and liberate others from a fate of eternal stone?