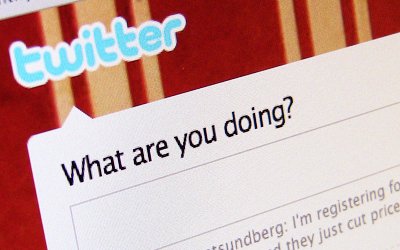 This is a Guest Post by Aaron Asay. He can be found blogging at AaronAsay.com.

Little did I know in November of 2007, when I signed up for Twitter, that I wouldn’t love it completely until January of 2009! Wish there was some kind of stock I could have purchased back then in the early days… Hmm.

In the last couple of days, I have seen more growth in my Twitterness than ever before. I am really starting to “connect” with others who do the same things that I do. I heard it said once:

To some, this may seem silly, or unneeded – but to me, so valuable! I am that guy who wants to network with other people in town, especially those who are excited to get together and talk about what we’re doing in ministry – meetings like this would only help us sharpen each other with what we already know!

Sounds common right? Not so fast my friend! I’m the only Tech Director in town, at least for a Church, Full-Time – and since we’re sort-of leading the way in new technology, the only time I network with other Churches is when they need something from me… Rarely do I glean much from them – but I try!

That’s the value of Twitter, it’s my way of getting out in the world, and connecting with some very powerful people, who I would have never known otherwise…

Here’s three tips for diving deeper into Twitter so you can make it work for you!

So the next time you’re stuck without an answer, don’t just Google it, Twitter away!

Why Blogging is 1,000 Times Better than Google Adwords