Arkpages moves missionary communication into the twenty-first century. Built on the tried and true WordPress platform, Arkpages functions to showcase, broadcast, and archive a missionary’s story in one place in various media formats.

Built on the WordPress platform, Arkpages is as easy to use as Facebook. You don’t have to know HTML or be a web-coder to use ArkPages. Missionaries post text, photo, video, or audio updates using a simple, ergonomic dashboard. RSS functionality is built in so supporters are able to keep up with ministry stories in real time. ArkPages’ one-time set up process automatically broadcasts posts to missionaries’ Facebook and Twitter followers making ministry stories more shareable than ever before.

Pictures from the field are easy to upload, organize and display. Each missionary video posted on a missionary’s YouTube site is imported into his ArkPage. Audio tools are included so missionaries can share recorded messages, upload music or – pay attention missionary church planters – create a podcast.

Supporters won’t need a geography lesson or atlas. If the missionary chooses to, he can drop a pin on an interactive map to highlight where in the world God has called him to minister. The email contact form is handy for friendly communication while shielding the missionary’s email address from pesky spammers and email harvesters.

ArkPages is available in two formats: one for short-term teams and one for missionaries that have moved to the mission field long-term. Both are equipped with tools to make online fund-raising a snap.

Finally, ArkPages is cheap; around ten bucks a month.

ArkPages developers have made it convenient to give ArkPages as a gift to bless a missionary tasked with raising resources for the mission. 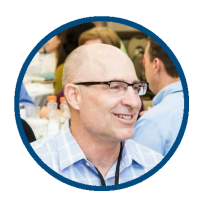 Social Media and Missions guy employed by Calvary Chapel Fort Lauderdale. Married since 1986 to the charming and beautiful Susan. Father of the most amazing kids in the universe: Charity, Aaron and Allie.

Create Your Own CSS & HTML Library with Pears

This Lord of the Rings Interactive Family Tree is EPIC