Success of the Android & Apple Ecosystems

Much has been made of Apple’s (and increasingly, Android’s) ability to tap into the minds of consumers. Both platforms are increasing their respective marketshares at an astonishing rate; if iPhone4S presales are any indication, Jobs passing will not have an effect on Apple sales, at least for now.

But why are these two platforms so popular? How are they winning the smartphone war?

I am going to make a few outrageous statements that will probably get me stoned. I understand that. Be gentle.

Yes, the purists out there are getting apoplectic right now, but I think that the average consumer doesn’t care too much about multitasking, kernels or the finer points of underlying OS architecture. I suspect they care about a device that makes their lives easier, and looks good doing it. In other words, how much can I get done. Can I be more productive? Can I play harder and work smarter? Believe it or not, Average Joe’s only unconscious foray into multitasking may be to wonder if his device can play music while he plays Angry Birds on his lunch break.

At the core, device functionality is fairly even across the board. Software applications help extend functionality. When you look at the Apple and Android app environments, you see more reasons to use your handheld device, and leave the laptop at home.

No doubt, people will have their preferences when it comes to the way an OS handles commands. Still, simplicity will ALWAYS win.

Apple is the darling of the tech world. Their latest iteration of the iPhone sold a gazillion pieces. They create mindshare like no other entity. Their commercials make me want to have more kids and relocate, so I can share the joy of parenting with my Dad from a different continent via Facetime.

I think their success is rooted in one creation: iTunes.

Now, I have ranted about iTunes before, but even I cannot argue that it is the center of the Apple universe. It serves as a hub of movies, books, TV shows, and of course… music. And more. Everything you need. It pulls you in with the ease of access, and keeps you there. Why would you leave? It makes great business sense. In a manner of speaking, it literally changed the mobile landscape.

Android had done well to patch together a cloud-delivered content delivery system. It did a good job of piggybacking on Amazon Music, which helped them buy time to create Google Music. Both iOS and Android seem to understand that consumers tend to want access to targeted content, and RIM is getting its feet wet, too.

But it isn’t only about the quantity. I think the platforms that win this race are the ones that ensure their customers can get to access the content fairly easily. Access to social networks, Skype, Netflix, Hulu, etc. are practically required.

Technology is not cheap. To convince someone that they should spend a lot of cash on your product takes a bit more than seeding love potion into clouds and hoping for brainwashing rain to poor down on the unsuspecting population. To really make a dent, companies have to figure out ways to encourage community … a modern day Usenet of the faithful.

I believe that Apple’s success with Average Joe is not just due to its high-dollar ad campaigns; I think it has to do with the most important piece of its ecosystem wheel: Average Jane. Word of mouth is the best form of advertising to a public long jaded by Publishers Clearing House and Shake Weights. It starts off with a good product, and propagation is effected by loyal adherents who swear by the efficacy of said product. Grassroots advertising leads to valuable mindshare.

It’s all about the ecosystem, folks.

It’s not just about the bath… it’s about the bubbles, the plush robe and the aroma therapy (I heard).

It’s all about creating the atmosphere for the COMPLETE, end-to-end user experience. 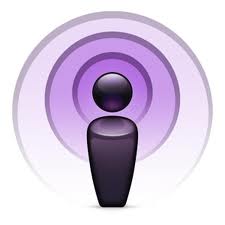 10GB Free Space from Minus