After returning to gaming several years ago, I had the sudden urge for some retro gaming. Not the usual retro gaming that involves ROMs and emulators — but modern games with retro style. Perhaps it was partially due to the surge in indie game development that has given us many amazing titles like Hollow Knight, Meat Boy, Shovel Knight, and many, many more.

While cruising a game sale — something that can be very dangerous — I snagged Adventures of Pip for a great price. It had all of the earmarks of these other modern-retro games and it had a very curious game mechanic that sounded too fun to pass up. And it’s been a fun journey all the way through. 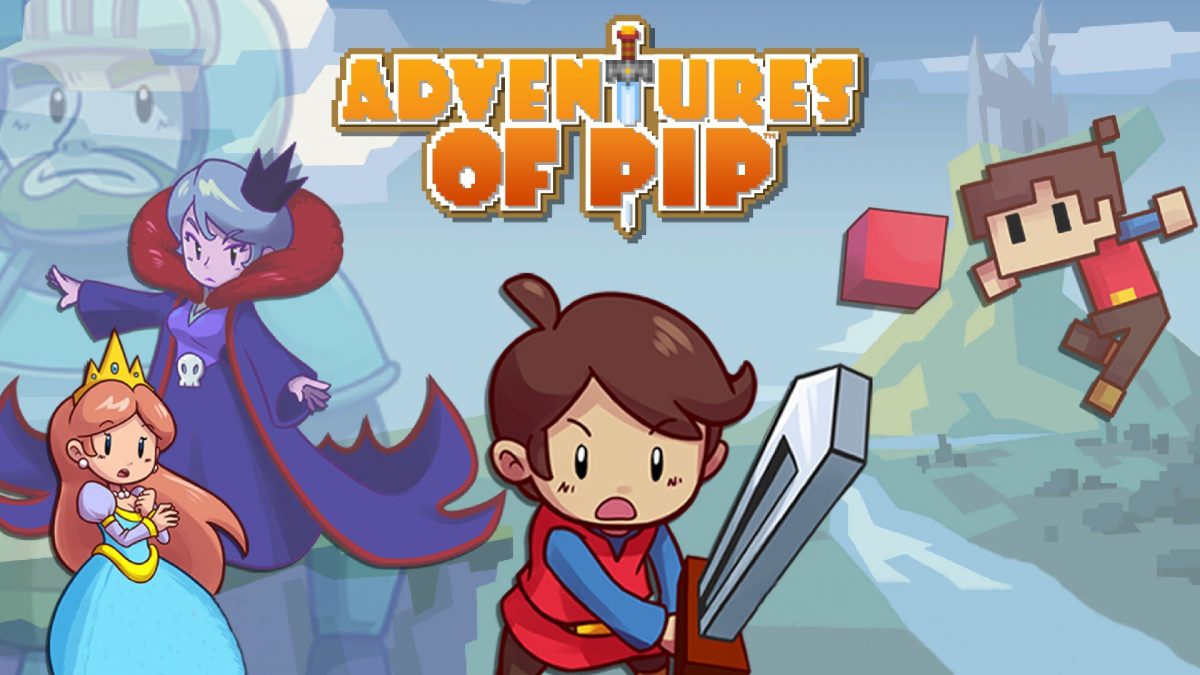 Released in 2015 and hinging off a Kickstarter campaign, the Adventure of Pip is described by the developer as such:

“Adventures of Pip revitalizes the classic side-scrolling action platform genre. Pip — the ultimate digital underdog – is a lowly single pixel in a 32-bit world who proves that you can’t judge a hero by the fidelity of his shaders. During the game, Pip gains the ability to evolve and grow by absorbing pixels from his fallen foes. Those same pixels can then be used to blast through environment puzzles and enemies, devolving Pip back to a single pixel. Players will explore five stylized worlds and experience up to 10 hours of epic adventure saving Pip’s village from the evil Queen DeRezzia.”

It’s true! You begin as a single jumping pixel! As you progress through the levels, you gain the ability to transform and level-up to higher resolutions — reaching all the way to full 32-bit.

Here’s a quick peek at the gameplay:

The ability to transform provides a curious game mechanic. Each “bit” type has its upsides and downsides. For example, as a pixel, you can only “bounce” (run) and jump. But you are also super light, giving you the ability to glide. As you gain more pixels, you weight more! 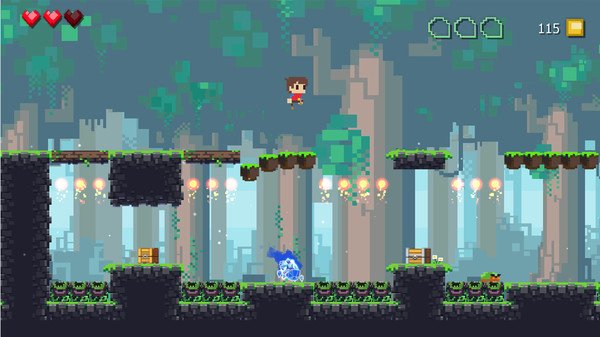 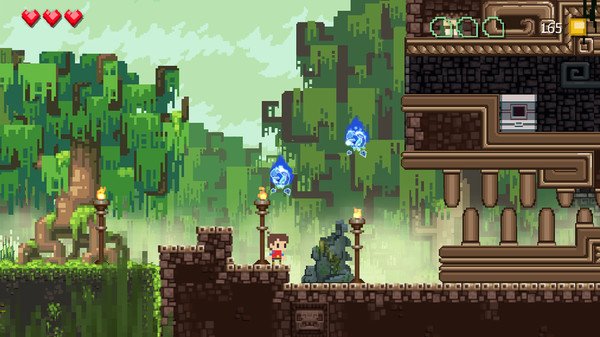 These character abilities, power-up placements, and level designs lend towards a nice balance of classic platforming fun and puzzles to make you think a little.

While none of the puzzles will stump you, each level does have three different pixel people than you can rescue. These can be much trickier to reach or find and may tempt you to replay a level just to find them!

When it comes to a story, there really isn’t a lot here. Then again, I wasn’t expecting much story with this title. The look and feel does not lend towards it, but I have to admit I was curious to know how everything turned out in the end — and the overuse of puns was very charming.

Adventures of Pip is not going to turn heads like Hollow Knight or Dead Cells have, but it certainly deserves to stand among them. The development team credits include Contra 4 and DuckTales Remastered (among other titles) and it certainly shows.

If you’re looking for a fun polished platform puzzler with a good sense of humor, Adventures of Pip is worth a look; and finding it on sale makes it a no-brainer purchase for anyone who appreciates the genre or retro platform gaming in general.

You can find it on PC, Mac, Xbox, Playstation, and more.

Learn more about Adventures of Pip. 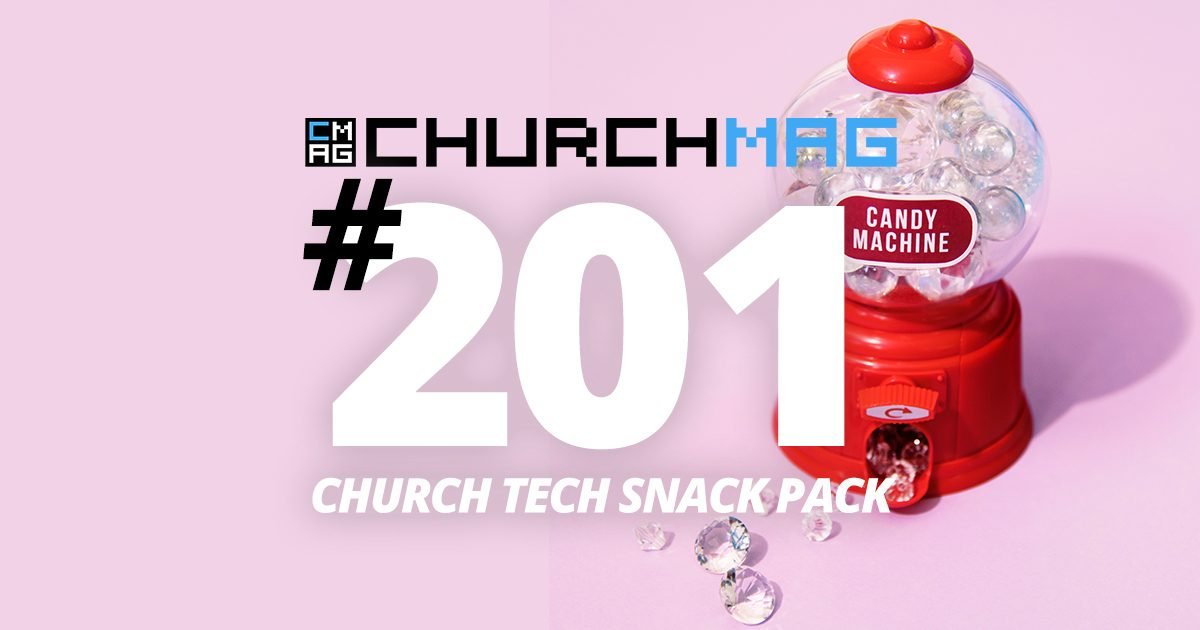 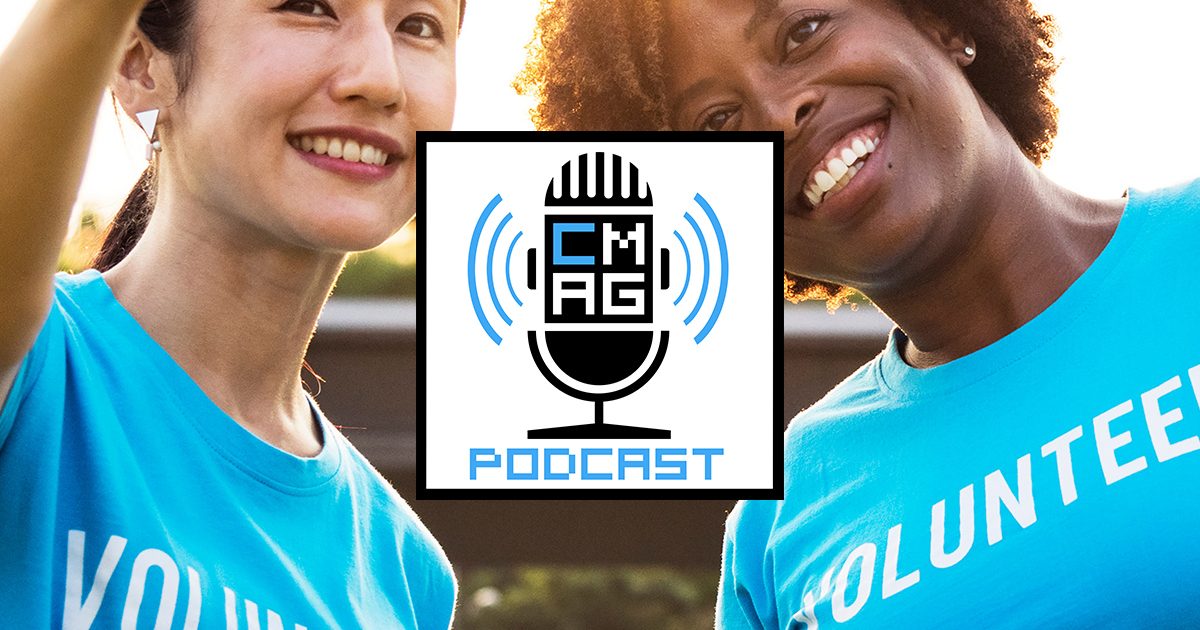