Peter Stringer, Director of Interactive Media at the Boston Celtics, wrote an excellent and extensive piece on what 9/11 would have been like in a social media world.

As we reflect on the past ten years, we can see that technology has evolved and become more centered in its use in our lives. Stringer looks at how different the events on 9/11 would have been with today’s technology. Another example of technology’s effect on our lives.

Here are some key contrasts between 2001 and today:

Imagine all those busy signals and misdirected phone calls of those looking for loved ones would have found their family member’s and friend’s updated Facebook status a great comfort; or maybe a horrific memorial as the final minutes of being stuck in the Twin Towers would have lead to a fury of tweets, Facebook status’ and YouTube farewells?

Remember the missing persons signs plastered all over lower Manhattan in the weeks after 9/11? I’m guessing a lot of that activity would have happened on Facebook, given its viral capabilities. Unfortunately, for those lost and their loved ones, the results wouldn’t have been any different. But those messages, limited to street corners in 2001, would have been shared front and center in our News Feeds across the globe.

As for the tragedy itself, imagine how more documented the entire event would have been with smartphone cameras alone. So many locations, angles and perspectives would have captured and broadcast as the events unfolded.

9/11 In A Social Media World: How The Times Have Changed is an insightful reflection on 9/11 and how technology sculpts the experiences of our lives.

Give it a read and tell me what you think.

[via BostInnovation | Image via Jason Powell] 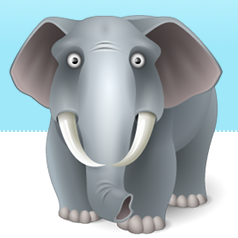