5 MORE Funny (Yet Serious) IT Mistakes that Ministries Make

After the hilarious success of the first “5 Funny (Yet Serious) IT Mistakes that Ministries Make” I decided to whip out some more.

[I’m not sure what “success” means, by the way; I just thought it was very personally amusing.]

The point, of course, is that we might learn a thing or two from these mistakes; so it is very “serious” indeed.

Ready? Here they are:

Even the n00b IT professionals understand the absolute need for passwords and authentication on their local network. What’s fascinating is that many institutions still don’t have the same type of security for handheld devices.

Just because your pastoral staff all has iPhones doesn’t mean they should be allowed to walk around an insecure network. So what if it takes a bit more time and energy to give them access; don’t let ’em.

I know your buddy and friend in the ministry knows a thing or two about “Information Technology” but that doesn’t necessarily guarantee that he’s the right fit for the open IT job (or that he’s actually capable). I’ve heard of too many stories of pastors hiring their “friends” into the IT space and regretting it later.

3. The Ambitious IT Guy

There are some IT Professionals that attempt to do things that are simply outside of their experience. That’s a problem. Hiring the right person who’s humble enough to know when a situation (or an upgrade) is outside their capacity is pretty important.

This person probably also may mishandle things like “change management” which would be catastrophic if unchecked.

Make sure that your process is clear as well as the IT guy’s head when it comes to development and QA; you’ll thank me later.

5. Passwords on the Weak

I know your pastor wants his password to be his wife’s first name but that’s just asking for trouble. Get a backbone and require some decent authentication and password requirements.

And no, “Jesus” is not a good password either, even if He is part of the Godhead. 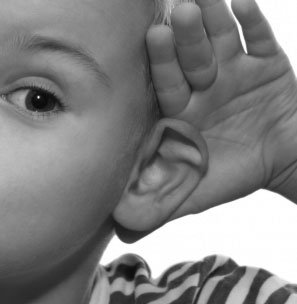 A Few Design Updates, We’re Listening to You.