5 Funny (Yet Serious) IT Mistakes that Ministries Make

Let’s admit it. Even the brightest of the bunch fail (or at least stumble).

And we’re supposed to be like the technological-elite (but we can’t tie our shoes). It is what it is, right?

Here are a few things that I’ve experienced in my short-life as an “IT Guy” that I’ve seen take a significant toll on Ministries and Non Profits.

We all are passionate about something and oftentimes it’s this passion and interest in a particular that can really do the most damage. Being dogmatic about Open Source (or Closed Source) is bad either way.

Being open to using Open Source Technology can be a great thing. Having the right policies in place (justifiable policies) for not having it is just as good too.

Be open to change and be aware. The “best” solution isn’t always the one you’ve been doing all the time.

2. Mismanagement of Your Control Problems

We are, by nature, people who like to have things under control. The most common *grunt* heard from an IT specialist is probably something like this:

Right? But there’s something to be said about partnering with those that you serve and educating and teaching them well. We want to create effective environments to work in, yes, but we also want to have “friends” at the end of the day.

3. Considering Everyone an “Internal Threat”

Yes, the hackers are out there and yes, they probably want to rip your IT infrastructure to bits (just kidding…) but they are not your senior leadership team and/or pastoral staff.

I’ve seen some crazies who have considered everyone in their organization more dangerous than the many-more external forces outside the walls of the spiritual haven.

This just ain’t right I tell you!

4. Forgetting the Basics: WiFi is Public, Unless You Make it Private

Did you know that hacking a WEP is easier than installing one? Yeah, you knew that already. Forgetting the “basics” of security will annihilate you.

And, you’ll probably deserve it.

5. The “Only This” Mentality for the Web

You’re probably a one-stop shop for both IT and Web. Yes, it’s tough and yes we have sympathy for your quandary, but be a man and just do it.

Especially in terms of the web, make sure you’re building the sites for more than just yourself. Perfect example is building sites just for Internet Explorer.

There are 26 comments already... Come join us! 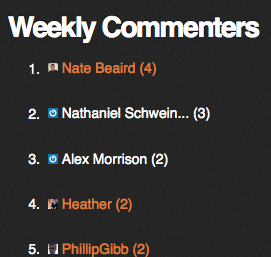 Leave a Comment and Get the I-Love-You Google Juice! 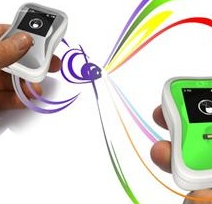