The Danger of Being Your Own Editor 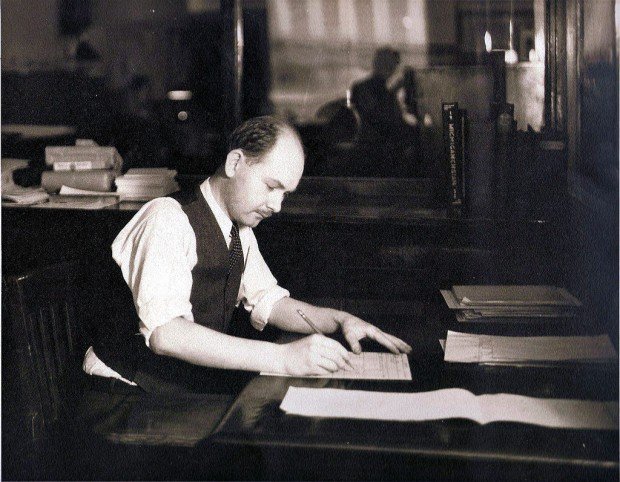 At first the thought of being your own editor is a dream come true; you get to say what you want when you want how you want all the time. It’s one of the top reasons why a number of bloggers ditch the big conglomerates and start their own; it’s very entrepreneurial if you think about it.

And that’s the beauty of blogging.

But, I can’t help but think how a number of people really do need a good editor before they hit publish; some of the stuff they write and say could have been tempered or edited a bit to communicate more effectively what they were trying to say. Or, it could have saved them from saying something they’d eventually regret.

You see, I think a lot of the times we forget that we’re both writers and editors and how many are one but not the other; it’s rare to find a person who’s good at both.

It doesn’t hurt to have someone review those posts; I think this doubly applies in ministry.

Michael Hyatt has recently posted a great post about his thoughts on Facebook and how he’s redoing his strategy. It’s well worth a read and I think he’s on to something smart.

I’m not a big user of Facebook personally and although I’ve considered shutting it down more than a few times the long-term value stays my hand from the “terminate and destroy” button. Ultimately the network is so big and so vast I’d castrate myself digitally in terms of reaching the many.

So, I’ll keep it, but with Michael’s thoughts (which are great… didn’t I say that already?) I’m going to revisit it and make a serious effort.

Thanks Michael for taking the time to blog about it and take a new perspective. It may even bring some people back from the “dead”. 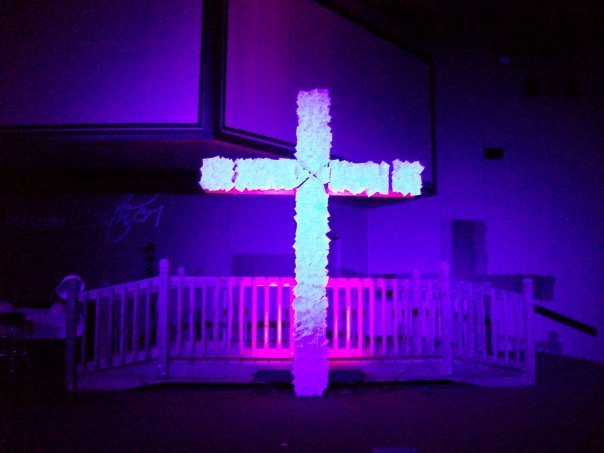 In ministry, this is my mantra; “The message is sacred, but the methods are not.”

We go out of our way to find the best way possible to reach people. I didn’t say “the newest, craziest, most ‘techy,’ outlandish, or scandalous, way.”

When I write/speak about leveraging technology for Christ, I try to be very careful to make it clear that to use cool or fancy technology just for the sake of using it, is missing the point. If you can’t tie what you’re doing to the message …it’s just clutter.

Sometimes our creative team has to scrap ideas that are cool. We made a decision a long time ago that our creative elements are not the message – they are there to support it. So as painful as it is-things get scrapped, or put in “the archive” for future thought.

A great example of how your media doesn’t have to be the most advanced to reach people, is our wooden cross (pic above).

This 10 ft. cross is covered from top to bottom, as well as the arms, with pieces of paper. Each of these pieces have five names on it of people that our members are praying will find Christ this year. In almost every area, the stacks are at least four layers thick. A specific prayer team is committed to pray for the names on this cross, and several of the names have indeed found Christ this year!

One of the oldest pieces of media in our history, paper, stapled to a wooden cross. This symbol has touched lives, and held our members accountable to the people who’s names they’ve written down.  The Message of the Cross can stand on it’s own – God doesn’t need us to make it cooler or more attractive. It’s not for His sake we do these things, it’s for our sake. Sometimes we need visual reminders of what God’s done for us. I also think it’s part of our job to create an atmosphere where a person can allow God to speak to his/her heart.

Technology and Ministry: A Biblical Definition 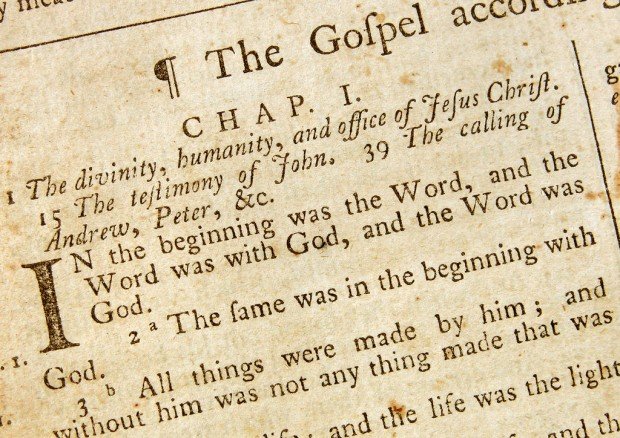 I’ve drafted quite a few posts (and deleted many more) that tackled a biblical definition of technology and ministry but I’ve never published them; something in me wants to wait til I do a few more things, experience a little more ministry, and finish out my seminary degree (which could take forever).

Luckily, there are a few who are far more brave than I who have jumped right in, like Stephen Presley and his shot at a “Biblical Definition of Ministry in a Technological Age.”

If this type of discussion makes you antsy (or excited) take a look and give it a read; I think it’s well worth it and is a good crack at making a stand.

Nice one Stephen, and you can thank me later for helping you spell “ministry” right.

What are your thoughts? Love to hear ’em (especially you scholarly-types).

This probably isn’t a new concept. You may have heard people throw around the term “holographic church” (Usually in a sarcastic tone as the next logical step for satellite & web campuses). Call me crazy, but I believe it’s just a matter of time before we see our first 3D church venue. And honestly? I can’t wait.

Streaming web video quality is getting better. Technology is getting cheaper. Is it really so hard to imagine a day where two HD cameras capture a live event in three dimensions? Anyone with the right equipment could replicate an entire 3-Dimensional stage, worship band, and speaker without losing anything in the shared experience. What would that be like? Would it even be useful? I love the possibilities that this concept brings.

All of this is just my opinion, so please feel free to call me “crazy” and move on with life. But I think the success of any venue outside of a live environment (ie. Web, podcast, satellite, etc.) depends on the quality of the technology being used to replicate it, and the suspension of disbelief that occurs when the tech is being used effectively. The reason most folks slam the concept of satellite campuses is that they “want a flesh-and-blood person on the stage”. That argument insinuates that either “I can’t learn from someone who isn’t actually in the room”, or “I can’t get over the fact that I’m watching a screen.” But most of these same people will watch an emotionally engaging movie in a theater, laugh & cry with it, and forget that they’re one of 300 people in a room staring at a wall.

That being said, imagine the possibilities! The majority of satellite campuses I’ve seen only replicate their speaker via video, with all other elements occuring live. However, with a 3-Dimensional venue, the worship band could also be replicated effectively. In three dimensions, it’s easier for people forget that they’re watching a screen. Forgetting the tech involved is one less barrier to people believing Christ. Just as watching television is more demonstrative than reading, I believe that the third dimension will add yet another layer to the immersion.

Over the past year, after seeing U23D at the IMAX theater, Monsters vs. Aliens & UP in 3D, and Johny Lee’s amazing 3D LCD demonstration using only a Nintendo Wii, I’m fully convinced that this concept will not only work, it’s coming…as soon as the tech catches up.

Again, technology is only a tool. Just like any tool, it can be leveraged, abused, mishandled, or neglected. And tools are meant to support meaningful work. They aren’t the tasks themselves. A web campus, church building, podcast, or 3D Venue isn’t a church any more than a drill is a dentist. They’re all tools to support the main task at hand: Connecting people with their Creator through Jesus, and sharing the message of His love with each other.

A problem that I will never have (besides 2 million+ followers) is needing to be a “Verified Account“:

To prevent identity confusion, Twitter is experimenting (beta testing) with a ‘Verified Account’ feature. We’re working to establish authenticity with people who deal with impersonation or identity confusion on a regular basis. Accounts with a

are the real thing!

Of course this typically applies to just the extremely rich and famous. But generally this is an interesting way to handle a very well-known problem: fake identities and fraudulent accounts.

Just curious: Do you know of any pastors that have been forced to get the blue check mark?


What are some other Twitter-related problems that the “normal” people will never have to lose sleep over?