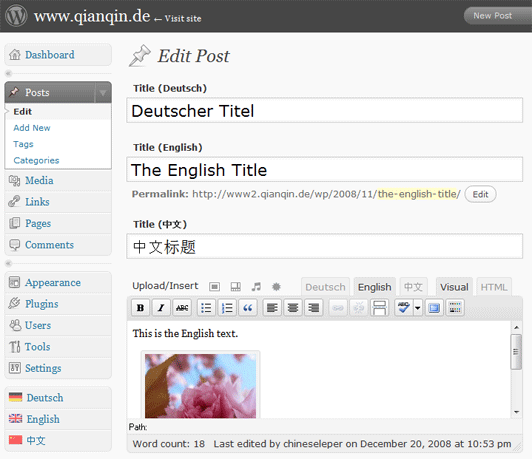 qTranslate looks to be a pretty handy WordPress plugin. The plugin makes creation of multilingual content as easy as working with a single language.

Here are some features:

A great option if you’re interested in reaching other languages and audiences!

Another bonus to this plugin is that Matt himself endorses this one. That’s pretty neat. 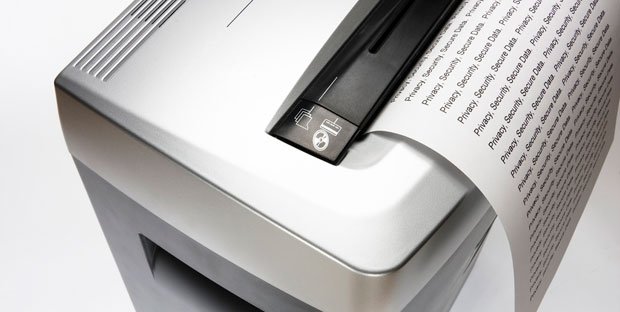 I’ve blogged a few times about privacy policies and developing them. I found recently a great example of one that was worth reblogging here. I don’t believe it’s comprehensive, but it’s a good start.

Take a look and let me know what you think! Does your church have one? Do you need one? Is it absolutely necessary?

If anyone on your staff has a social networking web page (Facebook, MySpace, Twitter, Plaxo, LinkedIn and similar sites) and they write about any work-related activities, they need to agree to the following terms and conditions:

Bobby Gruenewald and the 4 Segments of Church Online 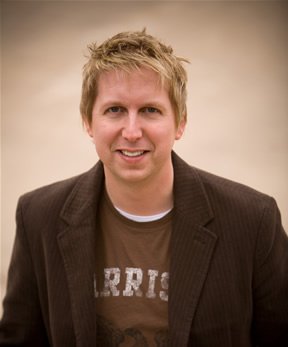 Bobby Gruenewald is the Innovation Leader and Pastor of LifeChurch.tv, and there are probably very few who could hold that title with good conscience.

But like most of the team over there, it’s not about their titles and not even necessarily about their specific roles within the organization, but about what God is doing through them and through their ministry, especially in the online context, and Bobby knows a few things about “online.”

In a recent article in Worship Leader titled Web 2.0 with Bobby Gruenewald, he shares some valuable insights about Church Online and a particular segmentation strategy that’s worth repeating here. He fields a question about the recipients of their ministry online.

A wide variety of people show up at Church Online, and you could loosely describe the community there in Four Segments:

I think this is great, and definitely a smart thing in terms of managing engagment and tracking effectiveness.

How are you segmenting your experience and managing it? Do Bobby’s thoughts help you at all?

Great stuff LifeChurch! Keep it up.

On a sidenote, I’ll be attending the National Worship Leader Conference in 2 weeks from today… Anyone else going to be there? I’ll be speaking about North Point Online and our strategy alongside Chance Mason, the CEO of 316 Networks. 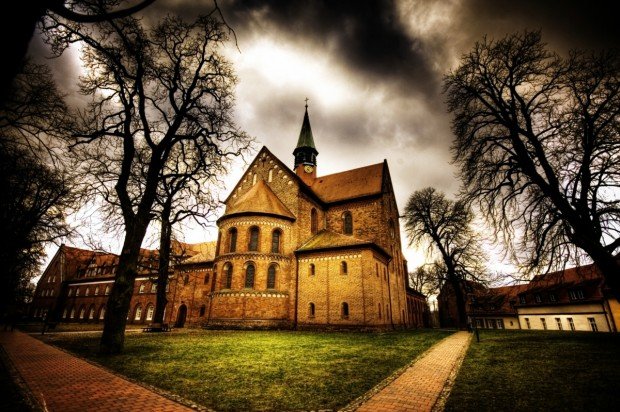 Chapter 17 leads off with an unfortunate story that probably many can relate to: tragedy that is handled well by the community of believers.

Shane tells us that he’s had the opportunity to witness first hand the power of the Body of Christ and it’s positive affects that can occur when we come together to support one another. He ends this portion by stating:

The church is God’s medium and message.

That’s great. I agree to a certain extent, and as if Shane knew the follow-up question (or concern) he begins to drill down on how difficult it can be to describe what the “church” is. Shane suggests that it’s probably better (or easier) to describe the church in terms of it’s “impact on the world.” And it’s impact, according to Shane, is best understood in a terms of the corporate body, not the individual.

And this is perhaps one of the larger issues that I have with this chapters; Shane says explicitly that:

[..] the Bible was not written to individuals for their personal faith journeys. It was written to groups of people hoping to live as communities of faith.

I understand his point, and he provides support from Pauls’ letters which were addressed to the local church, not specifically individuals, but I have a hard time believing that the application and/or principles can’t be for both at the same time.

In addition, I think he suffers more from me when he uses absolutes like “every time” and “only”… and isn’t “You” made up of “Individuals?” The Church will forever be what it is. Period. But it’s made up of individuals and we, individually, have a responsibility.

But I get his point and what he’s trying to accomplish here, and which he states explicitly at the near-end of his book: to make us aware.

***Stay tuned for a Final Overview and Poll to gather some more info from you guys…! It’s been fun! Hope you guys learned a thing or two…***

I was recently reading Craig Croschel’s book entitled It, and came across a passage I could absolutely identify with. In the book, Craig argues that the very technology that has empowered us to lead easier lives has also disconnected us in certain ways.  Before the air conditioner was invented, people used to sit & talk away the hot afternoon hours, amidst a cool breeze on their neighbor’s porch.  But when the AC came along, people moved indoors & no longer connected the way they used to.

Fast forward to today:  The same tools that allow us to see each other from across the planet have created a wide freeway for unthinkable amounts of (largely impertinent) information to flow.  The same tech that allows one persons’ message to be heard anywhere has also allowed everyone’s message to be broadcast everywhere.

For example, right now I’m staring at an email inbox riddled with more spam than I could program a stick to shake at.  One out of every forty-seven messages actually contains some sort of relevant information.  The same tech that was meant to relationally connect me with friends has now made it more difficult to hear the voices I deem the most important. These gains in information & efficiency come at the cost of our time & sometimes our focus & effectiveness.

Instead of merely looking nostalgically at Craig’s illustration of a pre-air conditioned world, we have to be actively careful not to trade quality relationships with people, with the efficiency of clicking a “send button.”

It costs our time.

When have we last paid the price of “our time” by physically visiting with someone we care about? It’s just so easy to turn the whole thing into a transaction by texting or twittering them instead. We have to make sure that we use this gained efficiency to support meaningful relationships, and not vica versa.

Have you counted the “cost” lately? What are your thoughts?

I recently released the iCampus Pastor WordPress Theme into the wild!

Check it out here! Tweet it and get a 50% discount code…!