Some of you (and your respective ministries) are at the point where you want to go ahead and “dive” in; you’ve been convicted (or convinced) that your church and/or ministry needs to be doing some sort of “social media.”

Getting to the point, you need to develop a plan, because very quickly you’ll find that you can be “in” so fast and so deep that you’ll have no time left to do other things.

So here’s a 5 Step Plan for how to start “doing” social media for your ministry:

END_OF_DOCUMENT_TOKEN_TO_BE_REPLACED

Every so often someone will shoot me an email about how they have personally seen or used web applications that were extremely creative or were outside the original intent of the developers and product.

I think that’s where the Church can be a thought-leader in the web technology space.

So, if you’ve got some creative or unique (or strange perhaps) ways in which you’ve seen or used Twitter for your church or ministry, please drop a comment below or email me your story to [email protected]!

Don’t forget to include the ministry web address, your own blog address, and anything else that’ll help provide context.

I hope to publish the comments from the community later this week in a blog post. Represent!

Marketing a new product or service for Twitter is easy because you really only have to use one word: Groups. I’m not even sure your product needs to do it well for you to have thousands of signups within hours.

But “grouping” in Twitter is in serious want and so people will sign up to do it. 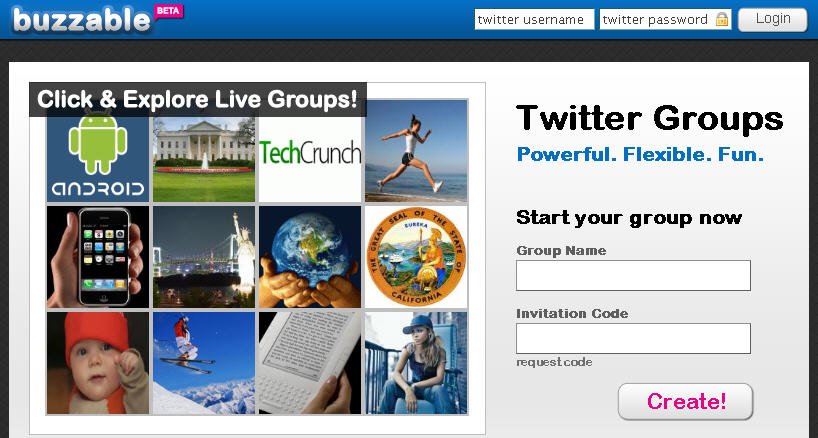 If you’ve got a moment I’d check out Buzzable.com, a new grouping platform for Twitter. Here’s what’s up as analyzed by TechCrunch:

You sign in using your Twitter ID, which lets you join and create both public and private groups centered around different topics.

Groups are built around RSS feeds. But you can set up topic-specific groups which pull from a number of feeds, including Google News, Eventful, Digg, Yahoo Finance, Twitter itself, blogs, and so on.

You can set it up so that the feeds are filtered by keyword (such as “Android,” Kindle,” “Knicks,” etc.). Members of the group can then discuss any headline by commenting in-line. Each comment can be pushed out to Twitter proper as well.

Both RSS headlines and comments can be “Buzzed” up by popular vote. The result is a combination of RSS content and Twitter conversation, all in the same stream.

Sounds pretty interesting to me. I’ve created a ChurchCrunch Buzzable Group here. I’d love to see a ministry or church really take it out for a spin.

If they are still available, try using techcrunch as a signup invite key.

The Church Could Learn From Etsy 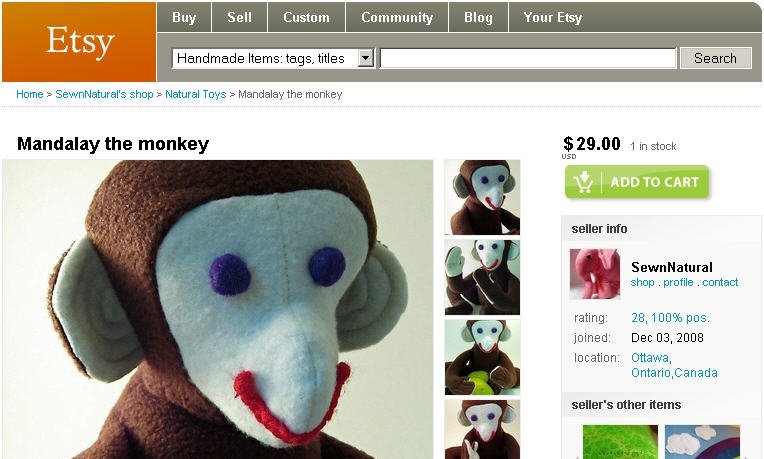 Etsy, for those who may not be familiar, is a mega online marketplace where individuals and small businesses can set up shops to sell their personal wares that are made by hand. It’s raised more than $30 million in venture funding and is growing like a weed.

Although there is a lot of things that have contributed to its success, it’s Word of Mouth marketing strategies have made it a force to be reckoned with.

Their internal survey which was recently released is a stunning proof of their unique angle at virality:

END_OF_DOCUMENT_TOKEN_TO_BE_REPLACED

Innovation is Doing the Unexpected

This might be the best 8 minutes you’ll spend this weekend watching online video.

Right from the proverbial “horses mouth” comes Twitter’s Co-Founder Evan Williams and how Twitter has evolved due to unexpected uses by its users, especially in terms of helping each other out.

I think there’s so much to unpack here, but I’ll let you have a shot at it without my random commentary.

A Case for The Church Blog – Some Facts

So, you’ve been thinking about creating a blog for your church but you’re still in the “mix” about the “why.”

You’ve been told a thousand times over that you should by “everybody” but your leadership team needs a bit more “concrete” reasoning other than “Hey, everyone’s doing it and they say it’s awesome!” speech.

Perhaps the chart on the left can help?

What it explains are the fundamental reasons why large enterprise businesses choose to do “Social Media Marketing.”

Also, what their experienced benefits have been after using the media.

In other words, why they choose to engage in a number of social networks and blogs and what the return on investment (ROI) has been.

Just take a look at some of the core reasons.