Today is the 10th week of the Weekly Tech Blog Topic Series.

If you’re confused about what exactly this is, go here to read the first post ever and the guidelines…

As you look back at 2008, what web tool was the most impactful in your life and why?

A Note To Michael Arrington 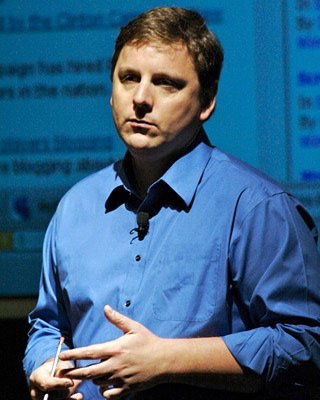 Your recent post about your persecution brings me tears, for a number of reasons. Many (including yourself) may think it’s odd that a man I’ve never met would cause me to be so concerned to the point of tears. To those that may wonder this it’s because of the compassion that I have for all people, especially those under great duress.

And it’s not because of anything of my doing (and I’ll explain that in a bit), but Michael, quite frankly, you are right: The world is full of people who are more passionate about bringing others down and bringing others pain than building them up and being a positive and encouraging force in their lives. That’s the nature of a world, from my perspective, that is “fallen,” and what I mean by that is that it’s really f’d up. Your experience proves this point and I don’t have to say much more.

So one of the first reasons for my emotion is because it shows that what you are doing is worthy of the microscopic scrutiny that it puts on you and your family. Essentially, it means that you’re being effective in what you do and are being affective in other people’s lives. That scares men because it challenges them. It threatens many, and that’s the issue.

Be encouraged. You’ve done great work so far, but be not surprised. And of course, the so-called “honeymoon” is apparently over.

The second reason is because you have an unbelievable opportunity before you to change men’s lives even greater than you have before. It may be hard to imagine, with all the power and equity that you have both in the online and offline world, but there are even greater works to be done.

Your time away from the “stage,” I pray, will be one of great health and renewal, and as you mentioned, I hope you’ll find answers to your question about”what you’re doing with your life.” This life is just a “drop in the bucket,” and as soon as you entered the world you’ll be gone. Things that aren’t “eternal” simply won’t last.

So I humbly challenge you to consider the “greater callings” in life and the things that matter, not to the world, but to you. This is not to encourage you to stop doing anything you’re doing because, as I had mentioned before, you’re doing great things and you’re impacting people’s lives for their own betterment. It’s a God-given place of power that He has given you and you’re doing a fine job Mike.

Finally, on a personal note, I want to share with you why I do what I do: It’s because of Jesus Christ, who died for me so that I may have the right “perspective” and that I may “truly live.” Although our platforms are vastly different, in scope, magnitude, and effect, our goal is the same as yours: To provide timely and valuable information for those that need it. The only difference, perhaps, is that something I’m also trying to communicate, is about something that’ll last them a lifetime and beyond. But I’m neither being critical or condemning, and I don’t suggest that you ought to do the same.

No one deserves to live in fear, but those that are doing great things often find themselves in positions that would seek to put them in those so-called crippling conditions. Stand strong and firm Michael, you’ve got people far outside your understandable and recognizable influence that support you, man to man, human to human.

We, at the ChurchCrunch community, love what you’re doing and love you and your team. Stay the course, and best wishes during this time off. Get some rest, and we’ll see you back soon.

Skribit Has Got Me Thinking… Again.

For those that have never heard of Skribit, well, here’s your introduction: Skribit is a Blog Topic Suggestion Widget, served up on your site for your users to give you feedback or suggestions on what they would like to hear from you.

It was launched more than a year ago and I happened to install it on Human3rror for a bit. Honestly, it didn’t “catch on” so I pulled it.

But, I’m rethinking it’s use again, not just for ChurchCrunch but also for pastors, staff, church, and ministry blogs.

END_OF_DOCUMENT_TOKEN_TO_BE_REPLACED

The Pope Speaks Truth! And Has Lots of Fans! 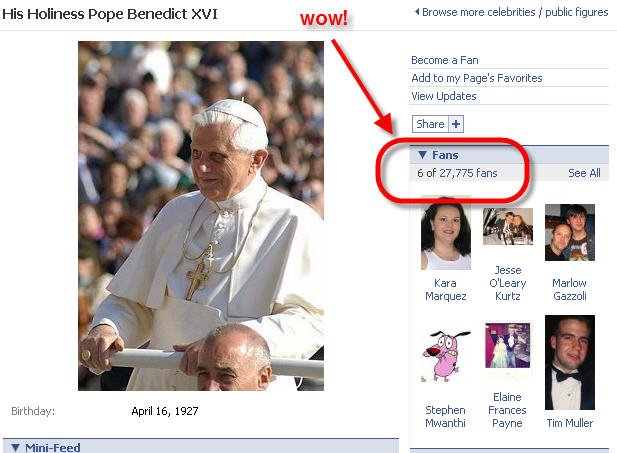 The Pope has, with open arms, embraced Facebook and other Social Networking sites:

Pope Benedict XVI says social networking sites such as Facebook and MySpace can foster friendships and understanding, but warns they also can isolate people and marginalize others.

Benedict urged a culture of online respect in his annual message Friday for the World Day of Communications.

Benedict welcomes as a “gift” new technologies such as social networking sites, saying they respond to the “fundamental desire” of people to communicate.

But he also warns that “obsessive” virtual socializing can isolate people from real interaction and deepen the digital divide by excluding those already marginalized.

He urges producers to ensure that the content respects human dignity and the “goodness and intimacy of human sexuality.”

I think the Pope is right on the money. I’m glad we’re on the same team.

One thought that did come to mind was the “culture of online respect” that I, at times, feel is generally lacking, even in the evangelical circuit. Perhaps that’s just me though.

But there’s enough “respect” to go around to rock more than 27,000 fans! Check out the Pope’s Facebook Fan Page!

I’ll be the first to admit it: I’m a stat-junkie.

And it’s not necessarily for the ego-boost (well, ok… a little) but really it’s about continually improving the quality of my content and it gives me “measurements of success” as I continue to do what I do.

If my goal is to be the most effective for the most people then I’ve got to continually improve as well as create content that is valuable. Statistics can help provide the guidelines and boundaries and be a litmus test for your “effectiveness.”

So, if you’re into “Missional Blogging,” here are 7 nuggets that might help you continually grow that RSS Reader base. They’ve worked for me:

END_OF_DOCUMENT_TOKEN_TO_BE_REPLACED

Mail Your Staff via WordPress 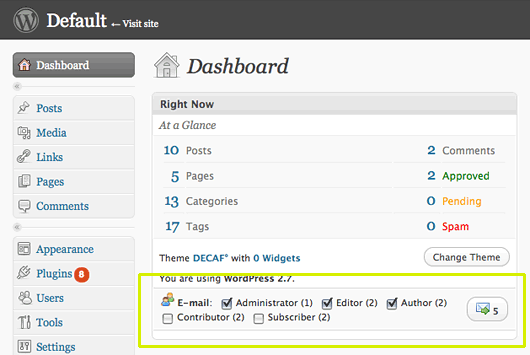 If you’re using WordPress as a CMS for your church or organization website (which is a good idea if you’re not), here’s a keeper: The MailTo: Staff Plugin.

Essentially, if you need to email your staff and/or volunteers, or anyone who has a registered username in the system, according to their “role” in the system, you can do that easily now with this very intuitive plugin.

Or, if you just have a number of users in your system and want to send them emails, this will do the trick as well.

I used it for the DriveInternational.org website to email out updates and information for all the registered users who were planning on attending the conference (over 1,000+ registrations).

It works. Period. Simple. Have fun.

Tell me if you use it!